With paper and paperboard demand growing at an average rate of 7.8 per cent per annum, the industry is expected to meet an annual requirement of 22.0 million tons of paper and paperboard by 2025, which is a quantum leap from the current level of over 10.11 million tons. At this growth rate, the share of RCF/WP-based industry would increase from the current level of 47 per cent to 53 per cent by 2025, thus contributing an average production of around 11.7 million tons in total P&B production. This would eventually require an additional RCF/WP requirement of 9.3 million tons as a raw material.

Availability of RCF/WP as Raw Material

The requirement of RCF/WP as raw material is sourced indigenously as well as through imports. Due to low recovery rate of around 27 per cent, Indian mills rely heavily on imported waste paper to meet the raw material requirement. The import bill has increased significantly – from $5.1 million in 1980 to $1 billion in 2011. India imported around 4.0 million tons of waste paper from other countries in 2011.

Environment and Economic Benefits of Increased Collection of RCF/ WP

It is imperative to put in place a suitable mechanism for increased collection of post consumer paper for recycling, as designing such a mechanism will lead to several advantages like lowering of import bill for waste paper, reducing the environmental load on the eco system by lowering the formation of green house gases upon decomposition and opportunity for income and employment generation. As per an estimate, every 1 per cent increase in waste paper recovery leads to:

Current Mechanism for Collection of Post Consumer Paper in India

There are large traders who fund the entire value chain. The value chain consists of direct collectors from various source points, small shops where primary sorting of the waste into different categories is done, which follows zonal segregation centres owned by semi wholesalers, where the material gets collected from small shops and baled and kept separately for dispatch to the end users.

Table 2 summarises the recovery potential of different grades of paper based on life cycle analysis. It indicates that there is a huge potential for recovery of PC paper almost for every variety of paper.

Despite the fact that a large workforce is engaged in this mechanism, there are some grey areas, which are identified below:
• Lack of intensive collection mechanism for copier and cream wove paper from offices and packaging paper from households.
• Use of newspaper for packaging and wrapping use.
• Role of municipalities is missing in the present waste management network.
• Lack of large warehouse for storage, sorting and bailing of waste paper.
• Lack of integration of the informal sector with main supply chain of waste paper to paper industry.

Recently, with increasing awareness of the environment, NGOs like GREENOBIN, New Delhi; DEVELOPMENT ALTERNATIVES, New Delhi; WASTE to WEALTH, New Delhi; and paper mills like ITC-PSPD and HNL have also entered the business through development of collection and recycling programme.

In India, Solid Waste Management (SWM) is a state function; however, the Central Government has powers to enact laws and frame rules for environmental protection. The Government of India has, therefore, framed uniform rules, the Municipal Solid Waste (Management and Handling) Rules 2000, pursuant to the Environment Protection Act 1986 (EPA) and has made it mandatory for all municipal authorities in the country to implement those rules within the prescribed time frame. SWM institutions and functions are illustrated in Table 3.

However, some of the deficiencies in the SWM identified by the expert committee appointed by the Supreme Court of India are:
• No storage of waste at source
• Partial segregation of recyclable waste
• No system of primary collection of waste at the doorstep
• Irregular street sweeping
• Inappropriate system of secondary storage of waste
• Irregular transport of waste in open vehicles
• No treatment of waste
• Inappropriate disposal of waste at open dumping grounds

Legislation: an integral part of the system

In most of the developed countries, waste paper collection is in itself an organised sector. A wide range of legislation is in force specifically developed for packaging waste. These legislations are in the form of directives, ordinance procurement policy guidelines or voluntary agreements.

Europe has been the front runner in development of national packaging waste legislation, and Germany is the pioneer in implementing. Extended Producers Responsibility (EPR) schemes are considered as a major implementation tool for establishment of packaging waste collection and recycling system to achieve recycling targets.

In Europe, except Denmark, the industry has build-up organisation in all member states to comply with obligations of Directives. PROEUROPE is the umbrella organisation of 33 national Producers Responsibility Systems engaged in the selective collection and recycling of packaging waste. Green Dot is the registered trademark of PROEUROPE, and more than 1,30,000 companies use the Green Dot trademark worldwide.

In Japan, there is a law for promotion of sorted collection and recycling of containers and packaging to promote recycling based on appropriate role sharing among consumers, municipal authorities and business entities to reduce the volume of Municipal Solid Waste (MSW).

There is no national legislation in Canada, United States and Mexico. Waste management regulations are the responsibility of each individual municipality and state government in these countries.

(i) Explore the possibility of imposing legislation for collection of waste paper: Enforcement of Direction or Recycling Legislation may be a difficult option for a country like India; however, formulation of a policy on management of waste paper similar in line with e-waste (management and handling) Rules 2011 by MoEF could be taken into consideration.

(ii) Setting up of Public Private Partnership model – an option to improve waste paper collection in India: Solid waste management is mandatory for all municipal authorities in the country. A significant amount of budget is allocated for this purpose, yet the service is very poorly performed, with treatment and disposal getting the least attention. One option is to involve the private sector more extensively in providing services, with the municipal authority moving from being a service provider to being a regulator and service facilitator. Experience gained in many countries shows that involving the private sector in certain circumstances can significantly improve solid waste management service quality. Thus, participation of the private sector in collection of waste paper should be considered in India as well.

(iii) Allocation of land on lease basis for development of sorting centres/warehouse for sorting, baling and storage of waste paper: An informal sector already exists in India with a community of rag pickers or kabadiwalas, which is administered by sub-suppliers and big waste paper traders.

This mechanism can be effectively used by providing land to waste paper traders on lease through tendering process to develop large warehouses for storing the collected RCP and which could then be baled and supplied directly to the mills. Municipal funding or loans could be used to subsidise the capital expanse of the sorting facility and equipment

(iv) Develop a national paper-recycling programme: Develop a national recycling programme introducing Corporate Social Responsibility and voluntary participation of public at large. These agencies will be responsible for conducting awareness programmes to sensitise societies and help in effective collection of paper from different sources, such as long-term contract with big publishing houses to collect printers off cuttings and over-issues of newspaper and magazines and channeling to recycled units.

Involve Resident Welfare Associations (RWAs) for household collection of paper, particularly newsprint and packaging waste. Participating in the national recycling programme could be made a prerequisite for winning government contracts.

(vi) Collection mechanism for rural (village) area: Gram Panchayats may be asked to train and create awareness among the villagers of waste paper collection. The villagers may sell their waste paper to these panchayats. Awareness programme should be planned to educate rural area people, and existing paper mills in the nearby area should take initiative in such programmes.

(vii) Collection mechanism for schools: Educational boards may be included to introduce educational programmes on the 3Rs Concept, i.e., Reduce, Reuse and Recycle. Schools should make deposition of the previous class notebooks compulsory for school authorities for onward recycling. An incentive in the form of grades or marks, new notebooks or a certificate of appreciation may be given to students for the same.

(viii) Improve collection mechanism for household: Currently, old newspapers, magazines, books and other household waste is collected by kabadiwalas, but they also do not have proper sorting and bailing facilities, which could be improved by providing them with proper training and financial assistance by way of providing them subsidies to purchase vehicles with green logos. This will help in collecting household waste and supplying it to waste collectors, where it can be properly sorted and bailed.

India needs a well-designed and aggressive system for collection, sorting, grading and utilisation of recyclable waste paper to contain imports and to cut the increasing cost of raw materials. Therefore, there is a need for developing a sustainable model so that most of the collected paper is diverted to paper industry. 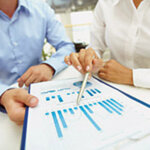 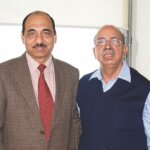