As per the report by the Washington-based association, the containerboard capacity and consumption of corrugated paperboard has reached record highs.

Washington-based American Forest & Paper Association (AF&PA) has released the 61st Paper Industry Capacity and Fiber Consumption Report. According to the report, the U.S. containerboard capacity has expanded in 2020, continuing a decade-long trend and reaching a record high of 40.4 million tons. Additionally, the tissue paper capacity has also shown an upward trend, increasing for the past five years.

It also presents that the U.S. mill consumption of recovered fiber has reached the second-highest level in the past decade. The increase was driven by mill consumption of corrugated, the largest grade of recovered fiber, reaching a high of 22.8 million tons in 2020. However, the overall U.S. paper and paperboard capacity had declined by 1.6 percent in 2020, compared with the average decline of 1.1 percent per year since 2011.

In fact, boxboard was the only packaging grade to decline last year. However, the survey responses that formed the report have indicated a slight rebound in 2021, according to the report. Also, newsprint and printing-writing papers had decreased in 2020, with the capacity for both grades declining in the past decade. The report stated that this is because of the continued decline from displacement by electronic communication. Some companies are repurposing machines that produced printing/writing papers to produce containerboard and packaging paper to increase profits.

AF&PA’s report is based on a survey the association put out to suppliers leading up to the release of the report. The survey responses indicated that the total paper and paperboard capacity will remain flat, decreasing less than one-half of 1 percent in 2021.

Also Read: What Consumers Don’t Know About the Sustainability of Paper Products

The survey reports U.S. industry capacity data for 2020 and 2021 for all major grades of paper, paperboard, and pulp, as well as fiber consumption, based on a comprehensive survey of all U.S. pulp and paper mills. Survey data includes responses from companies representing more than 86 percent of U.S. paper and paperboard industry capacity, with estimates completing the data set. 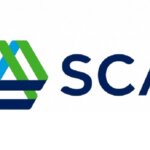 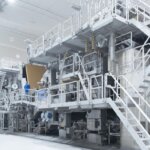