The allocation of 271 acres, including government land of 203 acres, along with the memorandum entered into was cancelled

The Andhra Pradesh government has cancelled the land allotment made to White Field Paper Mills Limited which has proposed a Greenfield paper manufacturing unit at Bayyaram in West Godavari district.

The allocation of 271 acres, including government land of 203 acres, along with the memorandum entered into was cancelled on the ground that the company had failed to develop the project in spite of being given adequate time for its implementation.

The State and White Field promoters had entered into an agreement on March 27, 2006 for setting up of a 2 million tonnes per annum integrated pulp and paper mill at Bayyaram to manufacture coated, writing and printing grade paper with an investment outlay of Rs. 1,200 crore.

Citing delay in execution of the project, SS Rawat, Secretary and Commissioner of Industrial Promotion, has cancelled the memorandum and also the land allocation and incentives extended to it. The District Collector has been asked to take back the land from the company.

The company had indicated that the raw material of wood pulp and marketing of finished product would be handled in tie-up with one of the leading international groups, Elofhansson of Sweden. It had also mentioned that production will begin in 2008 providing employment to 1000 people and also boosting Kakinada port business.

The company cited it was unable to take up the project due to lack of linkage of fuel and delays in securing clearances from the government. In a communication sent during March 2015, the company mentioned that it had actually achieved financial closure for the project for Rs. 1,550 crore and requested the government to consider extension of permissions. 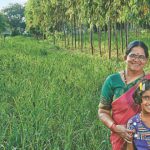 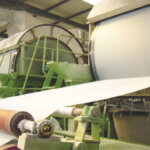 Paper Companies Concerned Against More Dumping from China and Indonesia