Asia Pulp and Paper, one of the largest paper manufacturers in the world has shown interest to set up mill in India looking at the increasing demand for paper in China market.

As per some media reports, the management of Asia Pulp and Paper (APP), one of the largest paper manufacturers in the world, has showed interest to set up India’s largest paper mill in Andhra Pradesh. Looking at the increasing demand for paper in China market, APP zeroed in on Andhra Pradesh to start operations as it will be the best location in the East Coast for them to transport raw material to the proposed company and paper to China.

During a meeting with Chief Minister N Chandrababu Naidu at the Interim Government Complex in Velagapudi on Wednesday, APP Executive Director of marketing Suresh Kilam requested the government to allocate 2,500 acres of land near a port in the State for setting up the paper mill.

He informed that the company will start production within two-and-half-years if the State government allocates the required land. The company representatives said that the paper mill have a capacity to produce 4,000 metric tonnes of paper a day. One fourth of the total production will be earmarked for the Indian market, they said. 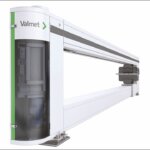 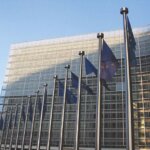