State-of-the-art A4 sheeting line at Rajahmundry mill increases A4 sheeting capacity by 90,000 MTPA

Andhra Pradesh Paper Mills Limited (APPM), an International Paper group company in India, recently inaugurated a new Bielomatick A4 sheeter at its Rajahmundry unit. The new sheeter will enable the mill to increase the conversion capacity of branded copier paper. It will increase the mill’s A4 sheeting capacity by 90,000 MTPA. In addition, this new piece of equipment establishes a new standard for environmental compliance, safety and sustainability.

To use the expensive sheeter, the facility under production has been ramped up and recruitment and training have been completed. Manufacturing and supply will take place by October 2013.

The state-of-the-art sheeting line installed at APPM’s new facility is designed to convert paper reels into A4, A3 and FS (Foolscap) size products. The automated process installed in the facility has advanced ream wrapping, carton packing and palletising capabilities, and the conversion capacity of the new facility is 265 MT/day. The extended facility was built in 13 months with an investment of over Rs. 100 crores.

William Michael Amick, Jr., President, IP India and Chairman, APPM, said, “The new investment in the Rajahmundry Mill reiterates International Papers’s commitment to India. The branded copier paper market has good growth potential in India. The advanced sheeter and IP’s global leadership in the copier market will allow us to serve this market with world-class products. We continue to be optimistic about the business potential which India offers.”

International Paper, which has a number of A4 sheeting lines installed in various countries, including the US and Brazil, has for the first time installed this sophisticated technology in India. The Bielomatik A4 line is one of the best sheeting lines in the world, and the Rajahmundry facility will now have automation of this level.

It may be mentioned that APPM (Andhra Paper), a group company of International Paper in India, is a leading manufacturer of pulp and paper products and caters to both domestic and foreign markets. Andhra Paper produces writing, printing and copier papers at its two manufacturing units in Andhra Pradesh, which have a total paper production capacity of 240,000 metric tons per year. The company is becoming a driving force in sustainability in the paper manufacturing arena in the world economy with sales of approximately $228 million as on March 31, 2013, focused social and community programmes including its own pioneering work in raw material generation through social farm forestry and a very strong strategic growth focus. 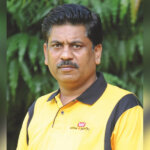 Wires & Fabriks Limited: A Step Ahead 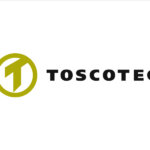