Asia Pacific Resources International Limited (APRIL) approach to sustainability is guided by  the Triple Bottom Line principle of responsibility to People, Planet and Profit and the company believes in environmental
sustainability for long-term success. APRIL is a leading producer of fibre, pulp and paper, and one of the largest producers of bleached hardwood kraft (BHK) pulp in the world, with manufacturing operations based in Kerinci, Indonesia, and Rizhao, China. Both the mills in Indonesia and China are certified under ISO 9001, ISO 14001 and OHSAS 18001 for quality, environment, and health and safety management respectively.

APRIL operates out of China as APRIL SSYMB. The integrated pulp and paperboard mill is located in Rizhao, Shandong province. APRIL SSYMB is the first pulp and paper company in China to be certified under ISO 9001, ISO 14001 and OHSAS 18001. In 2009, the mill became one of the first three food packaging board manufacturers in China to receive the National Quality Service Certificate for Food Quality & Safety. Today, the mill in Rizhao is producing quality commercial pulp of over one million tonnes in production volume sold primarily in China. In Indonesia, APRIL’s annual production capacity is 2.3 million tonnes for pulp and 750,000 tonnes for paper. About 400,000 trees are planted daily and 150 million trees planted annually.

Road to Sustainable Operations from Seedling to Pulp & Paper

APRIL’s Indonesia concession areas cover about one million hectares, of which an average of approximately 26 per cent are earmarked as conservation areas and 20 per cent are set aside for community enclaves and essential infrastructure. Being a leader in forest conservation in Sumatra, the conservation forests within APRIL’s concessions represent a 50 per cent addition to the government-managed conservation areas currently existing in Riau Province. Protection of these forests is critical for the future to maintain wildlife habitat, biodiversity, genetic variability, clean water and cultural heritage that these natural forests represent.

APRIL also has a long track record of engaging independent third party experts to ensure transparency in its efforts. Recent collaborations in this area include conducting HCV assessments with Tropenbos, a Netherlands-based NGO, as well as measuring APRIL’s carbon footprint with IVL (The Swedish Environmental Research Institute). Since 2002, APRIL has conducted timber-tracking audits, independent third-party verification of legal rights to harvest and the origin of its wood supply. These audits of both mixed hardwood and acacia ensure that no illegal wood enters APRIL’s supply chain.

• Self-sufficient in energy: In order to manufacture pulp and paper, APRIL produces electricity to power its facilities: ü70 per cent of the power is produced from black liquor which is a by-product from the pulping process ü20 per cent of the power is from renewable resources such as bark from trees harvested in the plantations ü10 per cent is from other sources such as coal üAPRIL is self-sufficient to power its mill and the company town site. It also provides power to the surrounding local communities.

• Plantation: Debarking is part of the harvesting process where the bark is removed from the acacia trees. At least 60 per cent of the acacia trees have the bark removed in the plantation area. Bark, small branches and leaves are good source of natural fertilisers for the soil and are therefore left in the plantation as natural compost. For the trees that arrive at the mill with the “bark on”, this is removed in the drum debarking machine before entering the wood chippers. This bark is used to generate power, contributing 20 per cent of the total power generated in the mill.

A CSR Initiative: Giving back to the community

APRIL is committed to many community development programmes in areas where it operates. These are designed to help the communities meet their needs and fulfil their aspirations; overcome poverty and achieve economic stability through sustainable livelihoods; promote education and provide access to medical services and good health.

• Employment opportunities within the company

• Construction or renovation of social and religious infrastructures

APRIL started the Employee Volunteering Programme (EVP) where the management and employees of APRIL regularly participate in the implementation of community development programmes. This has resulted in building better relationships and developing mutual appreciation between APRIL employees and members of the communities. By enabling the people to work together, APRIL helps to foster social inclusion and equality, as well as mutual respect.

Working closely with the communities, common concerns are identified and programmes created to provide the people with opportunities to learn new skills. APRIL helps to initiate the desired programmes for the communities by providing the means, resources and training for them to have a good start. 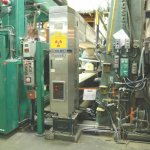 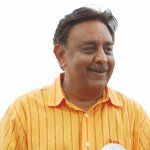