The Central Government’s latest plan to encourage bamboo cultivation through various measures is expected to have a bearing on the economic progress of the tribal communities in Sathyamangalam Tiger Reserve and reserve forest areas on Bargur hills that provide natural conditions for bamboo growth.

Tamil Nadu is among the States where the Central Government was running Bamboo Mission for expanding the spread of cultivation.

A decade back, the Forest Department promoted bamboo cultivation in Erode District, through its Extension Centre at Arachanlur, for use as raw material for paper industry alongside increasing forest cover, utilising specific funding from the Central and State Governments under the Eleventh Five Year Plan.

But, of late, the paper industry has not been sourcing bamboo in large quantities, and hence, its economic potential could not be realised by the tribal communities, according to the Forest Department. After the Sathyamangalam Tiger Reserve came into existence three years back, the erstwhile Bamboo Plantation Division based in Erode was assigned the task of supporting projects to increase green cover in non-forest areas.

There is also apprehension in official circles that bamboo, though available in plenty in STR, cannot be sourced by tribal communities in bulk since it is a vital component of wild life ecosystem. Nevertheless, they could explore scope for cultivating bamboo in non-forest areas on the hills and derive economic benefit, K. Rajkumar, DFO, Sathyamangalam Division, said. 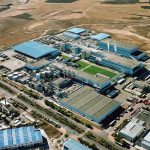 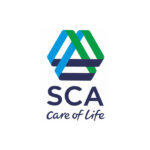