The paper industry is going to be the mentor for other industries in ecodesign rules. In a recent development, the World Economic Forum has considered the Confederation of European Paper Industries (CEPI) as a participant to its project on the circular economy (Project MainStream). CEPI would be contributing through its EcoDesign pilot to the project’s three pilots for advancing circular thinking.

The remarkable track record of CEPI in the area of recycling formed the core why its EcoDesign pilot was chosen for Project Mainstream. The pilot envisages the consolidation of existing design tools into user-friendly, universal ecodesign rules for all value added elements of the paper and board value chain. The pilot will run for 12 months starting in 2015.

The World Economic Forum’s Project MainStream, launched in January 2014, will enable annual savings of up to $10bn for the value chain, according to estimations. The goal of a circular economy is to move towards a resource efficient use of materials throughout the life cycle, beyond production and consumption. In a circular economy, collected waste and by-products become new raw materials.

The ecodesign rules are quite consistent with the concept of circular economy in a manner that the choice of materials, the type of energy that is being consumed, and the disposal of waste are the significant factors in ecodesigning. Given paper’s currently high recycling rate and complete infrastructure for recycling, ecodesign rules for paper will establish a sort of concept proof which may be later applied to other materials. 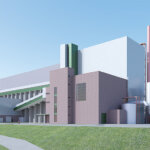 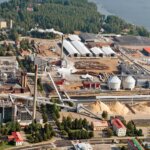