This plant will generate over 2,000 jobs directly and indirectly

Tamil Nadu Newsprint and Papers’ Rs. 1,650-crore multi-layer board plant was formally commissioned at Mondipatti on January 29. The Chief Minister J Jayalalithaa inaugurated the TNPL factory over a video conferencing facility from the Secretariat.

The greenfield factory in Tiruchi district with a capacity of two lakh tonnes a year will make high-end, multi-layer double-coated board for use in the packaging industry, according to an official press release. This plant will generate over 2,000 jobs directly and indirectly and takes TNPL’s production capacity to a total of six lakh tonnes a year, including four lakh tonnes of printing and writing paper.

TNPL also inaugurated a paper products park where downstream converters can use the company’s products to make products such as notebooks and packaging boxes. This facility at Karur District has been established at an investment of Rs. 30 crore.

A cement expansion plant in an area of 50 acres in Kagithapuram was also opened through video-conferencing. The company has expanded its cement factory, a unit that uses the lime sludge waste generated from paper factory as raw material to make cement. The factory has been expanded to 900 tonnes a day from 600 tonnes earlier.

The Kagithapuram plant will use solid waste from the TNPL’s unit, such as lime mud to produce high-quality cement. Besides, an 18MW power generation unit at Chengalvarayan cooperative sugar plant at Villupuram was also unveiled.

The Chief Minister also started planting of saplings of 68 different trees in the TNPL complex at Mondipatti. She handed over a sapling to be planted to Industries Minister P Thangamani. In all, it has been planned to plant 6,80,000 saplings. Effluent from this factory would be recycled and used through drip irrigation to grow these saplings. Through this effort, green cover in this area would be increased. 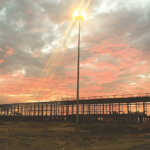 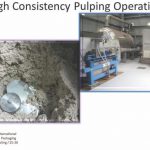