The final report of ERPC shows that Europe has reached the recycling rate of 71.5 percent which is 1.5 percent higher than the set target.

As per the final monitoring report of the European Recovered Paper Council (ERPC) for 2015, the paper recycling rate in Europe has reached to 71.5 percent which is 1.5 percent higher than the set target. The overall collection and recycling volume has increased by nearly one million tonne as compared to the data of 2010. For the commitment period of 2011 to 2015, EY has independently verified the recycling rate calculations. Currently, a new ambitious commitment for 2016-2020 is being prepared.

The efforts of the ERPC perfectly complement EU policy on Circular Economy. All 13 ERPC associations are a part of a value chain ‘Made in Europe’, which facilitate value creation and job opportunities. In addition to the quantitative progress, a lot of qualitative work was done, particularly with initiatives to facilitate the recycling process and increase recycling activity. These notably include collection and applying ecodesign to paper products. 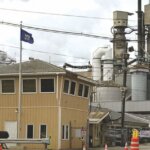 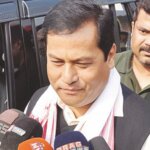