The Paper mills have urged the government to increase the custom duty from the current 10% to 25%, on the rising imports of paper.

The Indian paper mills are quite stressed out as the imports of paper and paperboard is expected to surge by 29.9% (in volume terms) in the April-September period of FY20, compared to those in the corresponding period in FY19. This trend would call for topping up the customs duty on paper from the current 10% to 25%, the mills urged the Union Finance Ministry in their pre-budget deliberations.

“Led by Indonesia and China, who enjoy cheap raw materials, global players in paper manufacturing have been aggressively pushing their products in the Indian market, making even the Rs 70,000-crore Indian paper industry vulnerable,” AS Mehta, president IPMA ( Indian Paper Manufacturers Association) told FE. Compared to the increase in domestic production rate, imports have been growing at a very high rate, he points out.

IPMA’s wish-list consists of a number of proposals. One, import tariff on paper and paperboard should be upped from 10% to 25% so as to bring it on a par with agricultural products as industry sources majority of its raw materials (including wood and agro-residue) from farmers. Two, FTAs should be urgently reviewed and paper and paperboard should be parked on the exclusion / negative list since a mere increase in customs duties may not impact imports from countries like Indonesia and China.

Three, imports of stock lot should be tightbelted. Imports of all grades of paper should be regulated so as to benefit only genuine users of import paper. Besides benefiting the end-consumer, it will also help curb revenue loss to the government. 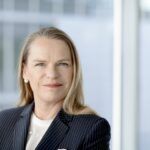