In the talks with the Union Minister Dr. Bhagwat Kishanrao Karad, the office bearers of IPMA and IARPMA shed light on the key issues and challenges faced by the paper mills.

In a meeting with Dr. Bhagwat Kishanrao Karad, Union Minister of State for Finance and Mr. A S Mehta, President, Indian Paper Manufacturers Association, Dr. Shekhar C. Desarda, Chairman & Managing Director, Parason Machinery Pvt. Ltd., along with other key representatives of the associations discussed upon the concerns of the Indian paper mills.

The meeting was held on December 15, 2021, at the Union Minister’s Delhi office where the challenges facing the paper mills, especially in the regions of Aurangabad and Marathwada in Maharashtra, was discussed with the Minister who assured his thorough support and cooperation in the matter.

While IPMA is the apex and national level body which represents the interests and development of the paper industry in the country, IARPMA is the exclusive apex body of paper mills based on waste paper (recycled fiber) and agricultural residues such as biogases, wheat straw, rice straw, jute, and grasses, etc.

A while ago, IPMA, in its pre-budget consultation with the Ministry of Finance, had emphasized on the importance of raw material security as a necessary element for the paper industry to become self-reliant. The assertion was further supported with the request to the government to consider its proposal for allowing pulpwood plantation in degraded forest land and non-forest government land near paper mills. 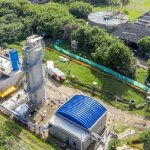 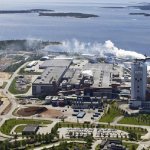 Valmet to Collaborate with Metsä Board Husum, Sweden to Expand Folding Boxboard Capacity and Sustainability