In its pre-Budget memorandum to the government IPMA wrote: “For almost a year, the fragile paper market has been experiencing a relentless onslaught of import of Coated and Uncoated varieties of paper from overseas. There are two major reasons for this phenomenon. Firstly, significant economic slowdown in developed economies and export dependent economies like China and Indonesia has led to excess capacity of paper/ paperboard in their countries, and secondly the US Government, having investigated and found strong evidence of injury to the American market, has decided to impose anti-dumping duty against China and Indonesia. Levels of import duty in India being low at 10%, producers of paper in China and Indonesia have found India as an easy outlet for their excess inventory/ capacity.” 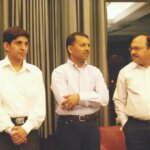