In the initial phase, the operations will start with newsprint, and it will later expand into premium paper products like tissue paper products.

According to the Minister for Industries, Law, and Coir in the Government of Kerala P. Rajeeve, the new company under the State government will achieve full-scale operation in four phases in 46 months. Once fully operational, the production facility will provide employment to more than 3,000 people.

As published in news daily – a board including the Industries Secretary A.P.M. Mohammad Haneesh, KINFRA MD Santosh Koshy Jacob, and special officer Prasad Balakrishnan, will oversee its operations. Chief Minister of Kerala Pinarayi Vijayan is expected to undertake a formal inauguration of the unit in May, next year.

In the first few months of its production operations, the paper mill will run its operations on a trial basis.

Although the operations will start with newsprint in the initial phase, it will later expand into premium paper products like tissue paper products. In the final phase, it is expected to become a leading company with a turnover of INR 3,200 crore.

Hindustan Newsprint Limited, located on the 700-acre land owned by the state government, had shut down its production plant about two years ago citing financial losses. The state government took over the company after the union government had initiated plans to privatise the unit. 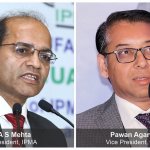 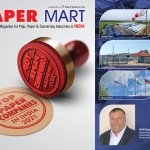