Middle East paper industry meets 50% of local demand, up from 38% in 2008 - Papermart
FacebookTwitterLinkedinYoutubeEmailWhatsapp

The Middle East paper industry, one of the fastest growing in the world, today meets half of the requirements of local consumption. This is an increase of 12 percent over 2008, when the local production met just 38 percent of demand. The region is thus less dependent on import of tissues from outside the Arab region, as mills increase their production.

This was revealed on the sidelines of the announcement of Paper Arabia 2012, a three-day exhibition that will be held at the Dubai International Exhibition Centre from October 1 to 3.

He said this year’s event will place greater emphasis on the tissue and converting industries, taking into consideration that domestic production of tissues is increasing each year and there is less dependence on imported tissues.

Paper Arabia, with more than 175 exhibitors from 30 countries from across the world, will be a key platform for traders and industry players to network. The show’s participants include leading global names from the Taiwan, Turkey, Austria, Philippines, Pakistan, Spain, Russia, UAE, Italy, Jordan, France, China, Netherlands, Indonesia, Egypt, Germany, India, USA and the UK.

Khanna added that the number of exhibitors has increased by 15 percent this year, and more than 8,000 trade visitors are expected to visit the three day show.

Middle East’s annual consumption of paper will cross 29 million tons by 2020, from 18 million tons in 2010, according to Asia Pulp and Paper, the second largest paper manufacturer and supplier in the world with operations in more than 65 countries. Asia Pulp & Paper is the Principal Sponsor of Paper Arabia 2012. 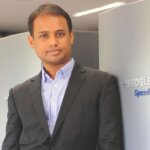 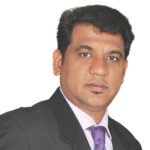