Excluding first quarter, the Indian paper sector is expecting a growth at 6 percent in the subsequent nine months.

The Rs 75,000-crore paper industry, which has resumed production after relaxations were issued effective from April 15, may have a negative growth in the first quarter of this fiscal as demand lost in this lockdown cannot be compensated entirely. However, the industry is hopeful of around 6% growth in the subsequent nine months.

“To some extent it will be compensated, as we cannot make up entire production if it was down for 30 days. Before lockdown, the industry was operating at an average 90-95%, some even more than 100%,” said Mr. AS Mehta, President, Indian Paper Manufacturers Association (IPMA). Any recovery, however, will depend on opening up of shops and normalization of transport, said Mehta, who is also president & director of JK Paper.

Only units having newsprint and packaging material production were running during the lockdown while others were completely stopped. As the factories normally keep an inventory of two weeks, the running of factories from April 15 will not disrupt supplies whenever lockdown is lifted. After the opening of books and stationery shops along with government offices, the demand for paper will keep rising.

Mr. Mehta mentioned that the more usage of electronic gadgets during the lockdown will not have any major long-term impact on the consumption of paper.

“Any change in the situation is a disruptive change, there will be some disruption and some drop in consumption. At the same time every situation also creates new consumption point. As home delivery grows, the demand for packaging material will have substantial growth,” he said.

Once normal life is restored, the paper consumption will return to same level as in pre-lockdown period, he added. “This impact is one-time impact. Excluding this quarter sales, the paper sector will grow at around 6%,” he said.

As the sales were only at 15-20% of the year-ago levels during April, the first quarter will be negative for the paper sector.

Mr. Mehta also said JK Paper has started its two plants in Gujarat and Odisha while third plant in Telangana is yet to be opened. Local administration has given passes for the movement of the staff and since most of the employees stay within the industrial township built around the plant, commuting is not a major problem. Since the coronavirus pandemic is unprecedented, the company would like to cut fixed costs rather than slashing salary or any job cuts, he added. 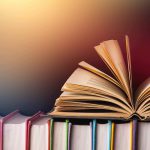 Publishers Urge Government to Include Books in List of Essential Goods 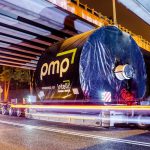