Vapi Industries Association has decided to make representations to the Central and state governments for a smooth supply of coal to save the struggling paper mills.

Around five paper mills at Vapi in the state of Gujarat have temporarily closed their operations in the last one month due to the coal shortage, impacting thousands of workers. Amid warning of coal shortage — Vapi Industries Association has decided to make representations to the Central and state governments for a smooth supply of coal to save the struggling paper mills in the region.

According to a leading daily — Mr. Sunil Agarwal, President, Gujarat Paper Mill Association stated that the electricity rates have gone up, putting a strain on the sector. If the supply of lignite coal is not streamlined, more units may shut in the coming days. Over a thousand people have lost jobs as of now… Production has also been reduced.”

There are around 100 kraft paper mills in Gujarat, of which 40 are located in Vapi GIDC. These paper mills consume around 60,000 metric tonnes of coal per month in the boiler to generate steam used to dry the wet paper. However, coal has been in short supply since September 2021, affecting production at paper mills.

According to the report —the yearly turnover of the paper mills in Vapi GIDC is around INR 10,000 crore with a production of 2 lakh tonnes. Paper mills use coal imported from Indonesia, while some use local lignite coal and some use a mixture of both. Indonesian coal has a high Gross Calorific Value. China recently started procuring coal from Indonesia after which supply to India got affected. The supply of lignite coal is not sufficient to fill the shortage. 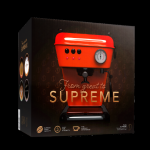 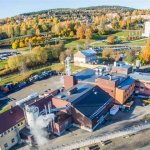