Portuguese pulp and paper manufacturer Portucel has taken over Portuguese tissue producer AMS BR Star Paper S.A. (AMS) in Vila Velha de Rodão in the east of the country. AMS produces and converts tissue for the Consumer and Away from Home markets. The company has an annual production capacity of 30,000 t of tissue and a converting capacity of 50,000 tonnes. According to Portucel, AMS is currently expanding its production meaning that tissue capacity will rise to 60,000 tonnes in September this year. The value of the transaction was put at EUR 80m, including the costs for the expansion project.

Portucel announced that it had decided to add sanitary papers to its product portfolio, planning to become one of the leading European suppliers in the sector. In its financial report, the company said that the Cacia pulp mill in Portugal, where pulp capacity is currently being enlarged from 285,000 to 360,000 tonnes per year of BEK, was well suited for the installation of a tissue machine. 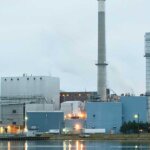 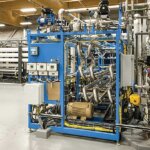