The Greenfield Paper Mill project was conceived in 2008

Government is fast-tracking setting up of a Rs 3,650 crore paper mill in Ratnagiri in Maharashtra, which was earlier proposed to be set up at Jagdishpur in Amethi. A proposal in this regard will be placed before the Union Cabinet for approval within two months, Union Minister Anant Geete said on December 8.

The proposal for setting up of this plant at the new location has been made by Heavy Industries Ministry, headed by Geete who himself is from Maharashtra.

“We are definitely fast-tracking it (the setting up of Jagdishpur paper mill). We have sent the file related to the proposal to Finance Ministry. It should come before the Union Cabinet for approval in a couple of months,” Geete told PTI.

A Parliamentary panel has asked the government to expedite the project, citing considerable delay.

The Greenfield Paper Mill project was conceived in 2008 and finally approved by the Cabinet headed by the then Prime Minister Manmohan Singh in February 2014. But the project got stalled for long period due to litigation related to the land identified for setting up the mill at Jagdishpur.

As per the cabinet approval of that time, the green field pulp and paper project at Jagdishpur was to be set up at a cost of Rs 3,650 crore in two phases. Apart from direct employment to 900 persons, the mill was expected to provide indirect employment and spur gainful economic activities in Amethi’s vicinity. 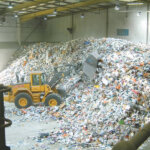 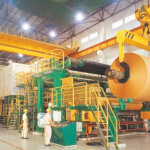