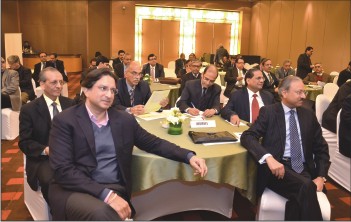 Indian Paper Manufacturers Association (IPMA) organized its 15th Annual General Meeting & Award Function on January 9, 2015 at Hotel Le Meridien, New Delhi. The function was attended by the members of IPMA Committee and Sub-Committees, besides a number of special invitees including representatives of paper mills, Government, media, etc. Mr. Shailendra Singh, Joint Secretary, Department of Industrial Policy & Promotion (DIPP), Ministry of Commerce & Industry, Government of India, was the Chief Guest. Mr. Cato Ealy, Senior Vice President – Corporate Development, International Paper Co., was the Keynote Speaker who addressed the meeting on the theme ‘Global Industry Trends in Paper & Packaging’.
Mr. Sanjay K Singh was elected as new IPMA President while Mr. Saurabh Bangur got appointed as the new Vice-President of IPMA.
The Annual General Meeting had moments of deliberations over present issues and concerns along with moments of exuberance over future growth the industry is all set to register. Paper Mart brings you the instances of the event worth taking note.
Challenges and Rewards 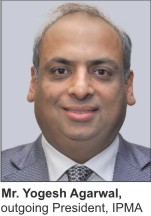 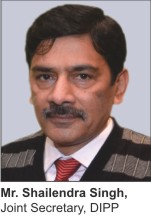 In his address, the Chief Guest, Mr. Shailendra Singh, Joint Secretary, DIPP, highlighted that the expected increase in demand for paper in the country would require considerable increase in the indigenous production base of the paper sector in the next 15 years. He stated that the Government and the industry need to work together so that there is in-depth planning to address critical issues like raw material availability, technological upgradation, capacity addition, environmental compliance, skill development and research & development (R&D) support. He added that the industry needs to imbibe technology improvements for better energy efficiency and reduced environmental impact. For addressing the energy and environmental issues, he stated that there was need to strengthen R&D institutions like CPPRI. He highlighted that the ‘Make in India’ initiative of the Prime Minister was designed to transform the country into a global manufacturing hub and extolled IPMA to interact with DIPP to find solutions to the challenges being faced by the paper industry.
Five Forces: Substitution, Consolidation, Rationalization, Optimization / Transportation, and Regulation / Legislation
The Keynote Speaker, Mr. Cato Ealy, Senior Vice President – Corporate Development, International Paper Co., in his presentation on ‘Global Industry Trends in Paper & Packaging’, highlighted the five important forces that would influence the future direction of the pulp, paper and packaging industry worldwide and the areas that would have implications for the industry in India. He talked about each one of the five – Substitution, Consolidation, Rationali-zation, Optimization / Transportation, and Regulation / Legislation – in the context of the global environment and India specifically. In the context of India, he stated that it was likely that paper usage would continue to find substitution in electronic form and demand would be dampened as some uses of paper never materialize. Packaging was likely to continue to grow with demographics and a successful “Make in India” campaign. Consolidation would be a natural force as the cost of achieving scale and modern competitive industrial structures, assuming that the regulatory forces would allow it to take place. Regulation and legislation would more likely than not distort the true economics of the paper and packaging industry with unpredictable and, in some cases, undesirable consequences.
IPMA Awards 2013-2014
To encourage and give due recognition to progressive paper mills in the country and also to inspire all the other mills, the IPMA Awards for year 2013-2014, were conferred by the Chief Guest, Mr. Shailendra Singh. IPMA Paper Mill of the Year Award was conferred on M/s Tamil Nadu Newsprint & Papers Ltd., Kagithapuram, received by Mr. A Velliangiri, Deputy Managing Director of the Company. IPMA Energy Conservation Award was given to M/s Seshasayee Paper and Boards Ltd., Erode, received by Dr T.G. Sundar Raman, General Manager (Energy and Clean Development) of the Company. M/s International Paper APPM Ltd., Rajahmundry, bagged the IPMA Environment Award which was received by Mr. Rampraveen Swaminathan, Chairman & Managing Director of the Company. 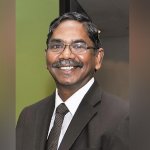 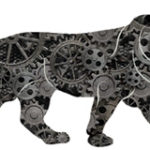