There may be major constraints in way of achieving the projected growth rate by the paper industry if agro based paper production keeps dwindling due to lack of agro fibre.

Mr. Agrawal has been instrumental in technological improvement of Naini Group both in terms of processes and products. Under his leadership, the Group has tripled the production capacity in last 12 years. The Group today is producing 80,000 tonnes of writing-printing per annum with an annual turnover of 350 Crores. Naini Group has been especially conscious towards the growing need for environmental production and sustainable development. The biggest achievement of the Group today is the lowest consumption of the fresh water in their mills in the range of about 50 cubic meters per tonne.

“I could identify three major regions which are producing agro based paper-Utttarakhand, Uttar Pradesh, and Punjab & HP (taken together),” said Mr. Agrawal during his presentation. “These three regions constitute almost 75 percent of total agro-based paper produced in India”.
Elaborating on kraft paper’s region-wise production, he said, “Uttar Pradesh is leading the pack in agro based kraft production with 64 percent share.”
Summing the total agro based paper production region wise, Mr. Agrawal said that Uttar Pradesh, with 38 percent share, is producing the maximum, followed by Punjab & HP (considered as single region) and Uttarakhand.

Issues of Agro-based Raw Material in the Country

Mr.Agrawal, during his pithy presentation, expounded on myriad of issues the agro based paper industry is facing on the front of raw material. “Agro based paper mills are suffering from raw material crunch owing to various reasons, some of which are contemplated here. Understanding these issues would surely help us recover from un-sustained supply of agro residues to our mills,” he said. The points mooted by him are presented as follows:
Power plants of sugar mills: Installation of power plants by sugar mills thereby leaving very little bagasse for making paper.
Change in harvesting techniques: Lately, there have been lots of changes in harvesting techniques which has resulted in low generation of straw. The farmers are employing new harvesting machines which are very fast and efficient. The fields are prepared for sowing next crop in a very short time.
Poor roads: The poor condition of roads in some areas has increased the freight enormously. The raw material is transported from far off places. An agro-based writing-printing paper mill needs to procure bagasse and wheat straw from as far as 500 km distance. The cost of transportation of raw material is as high as 60 percent of the total cost, in some cases.
Substitution of conventional crops: A growing trend of preferring new cash crops and other related forms of agriculture like floriculture and horticulture over the conventional wheat and sugar cane crops has also reduced the availability of agro fiber. Due to abundant buffer stock of wheat, the farmers don’t get reasonable price for their produce and hence are shifting to other more profitable crops.
Dwindling supply of cane bagasse: Due to new capacity generation in sugar mills the season of cane crushing has come down to 3 to 4 months from the earlier duration of 5 to 6 months. Due to various reasons the addition of new sugar mills has not enhanced sugar cane production. As a result, there is a period of one month when there is practically no fiber available.
Reluctance to sugarcane cultivation: The sugar mills have a very unethical practice of withholding the payments of sugar cane growers. The payments are at times made in the next season, which has kept these farmers deprived of their rightful income for a long period. As a result, the farmers are quite averse to growing sugar cane leading to scarcity of bagasse fiber.
Unethical practices: Another concern is the unethical practice, by transporters and even sugar mill owners, of adding extra moisture in the raw material to increase the weight. This results in drastic reduction in the yield of the raw material. It has been seen that some of the transporters and suppliers even contaminate wheat straw by adding sand and dust to it. This results not only in the reduction in yield but also in lot of wear and tear of the equipment in the plant.
Mill’s stagnant scale of operation: Due to scarcity of raw material the agro-based mills are finding it very difficult to increase their scale of operation. As a result, most of the mills are in the range of 100 TPD only. This has also resulted in inability of these paper mills to employ world-class technology.

Talking of remedies to recover from raw material issue, Mr. Agrawal sought the Government’s intervention in improving the infrastructure for smooth transportation of agro based raw material. Using technology and better straw generation rate were some of the solutions articulated during his presentations. His solutions:
Harnessing technology: Agro-based paper industry should look at employing the technology to improve yield and strength properties of paper so that they can pay higher price of the raw material in competition with the power producers. Some of the technologies could be Oxygen De-lignification, ECF bleaching, etc.
Infrastructural improvement: There should be strong representation to the central and state governments to build quality road infrastructure. This can help in reducing the cost of transportation to a great extent.
Encouraging straw generation: A drive to encourage the generation of straw during harvesting should be undertaken by mills in their respective areas. Farmers can earn from selling wheat straw as much as they earn from selling the main crop.
Better coordination with sugar mills: On the sugar mills side, the paper mills can encourage them to install depithing equipment in their mills, which will help in separating pith from fiber. This will eliminate the transportation cost of pith and only fiber would be sent to the paper mills. Thus, sugar mills can have better price of their product and can also burn pith in their boilers. 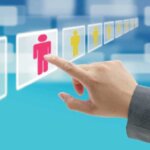 A Pool of Sustainable Talent: An Urgency 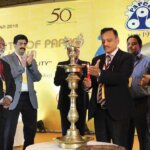