“Our endeavours are aimed at paving the way for a safe and healthy environment by developing eco-friendly products such as paper from agro-residue, managing unused resources, and rainwater harvesting. We source all our wood raw materials from social and agroforestry sources,” says Team Trident.

Trident Group is one of the nationally preferred suppliers of high-quality branded copier paper and paper for multi-colour high-speed printing & publishing. The company delivers ‘The Good Paper’ made from wheat straw and provides an additional source of income to all its associated farmers. Working towards becoming good stewards of the earth, the group has planted over 6 lakh trees within its premises. In an interview given to Paper Mart, Team Trident gives valuable insights into the determined efforts it has been putting for a greener environment.

Paper Mart: Please tell us about your pro-afforestation schemes. How much area is covered under plantations by you and what percentage of raw materials do you procure from social farm forestry?

Team Trident: Trident Group embraces sustainability as a core business vertical and its paramount responsibility. Our endeavours are aimed at paving the way for a safe and healthy environment by developing eco-friendly products such as paper from agri-residue, managing unused resources, producing organic yarn, and rainwater harvesting. We source all our wood raw materials from social and agroforestry sources. As far as the mill’s location is concerned, the Malwa area of Punjab is known for its seasonal crops (Kharif and Rabi), which include wheat and paddy. Due to high soil fertility and production, the concept of agroforestry is lacking in neighbouring areas, resulting in farmers earning a fair living from agricultural crops. Mills, on the other hand, are planting trees on mill-owned land on a regular basis.

PM: Tell us about the hardwood and softwood trees that are grown by the mill. Do you think that sourcing wood from farm forestry is a win-win situation for both mills as well as farmers who want a steady source of income?

TT: We are cultivating Eucalyptus SPP, a prominent hardwood used in pulp and paper production. As this is a tropical/semi-arid zone, softwoods cannot be cultivated. As far as sourcing wood from farm forestry is concerned, agro/farm forestry has been a significant source of revenue for farmers in recent years. They benefit from it in two ways, i.e., seasonal income from agricultural produce and fixed income from tree produce after every fixed 4 to 5 years of rotation, resulting in the most efficient use of land in locations where soil fertility is moderate.

PM: Do you think that India’s agroforestry policy is a step in the right direction? How do you think the recent announcement of policies and legislative changes to promote agroforestry and private forestry in Budget 2022 will help?

TT: The National Agroforestry Policy of India is a comprehensive policy framework aimed at improving agricultural livelihoods by maximising agricultural productivity to mitigate climate change. Budget 2022 has proposed policy and legislative changes to promote agroforestry and private forestry. It also specifies financial support to farmers belonging to Scheduled Castes and Scheduled Tribes who want to take up agroforestry. Tribal communities hold vast knowledge of traditional agroforestry systems and practices that promote productivity, adaptability, and sustainability, and can contribute immensely to the rural economy, employment, and poverty alleviation at a local level. The budget is also focused on transitioning to a carbon-neutral economy as plants are being set up to achieve carbon-dioxide savings of 38 million metric tonnes annually. In addition, reduced alternate minimum tax rate and surcharge for cooperatives have been proposed by the Finance Minister to bring down the minimum tax for the former from 18.5 percent to 15 percent.

Also, the surcharge on cooperative societies generating a total income ranging from 1 crore to up to 10 crores will be reduced from 12 percent to 7 percent to help enhance the earnings of the societies and their members who are primarily from rural and farming communities.

Under Rashtriya Krishi Vikas Yojana, the Budget saw an allocation of INR 10,433 crore under this scheme for 2022-23—nearly triple the budgeted estimate of INR 3,712.44 crores in the current fiscal. Further, the increase is more than five times the revised estimate. The advantage of the scheme is that it gives the states more freedom to develop and implement their own agricultural plans, and increased funding will facilitate the states to exercise the funds in a way they see fit, based on regional and local priorities

“There are plans in the pipeline to build a separate team that will be responsible for distributing clones to local farmers as well as developing greenhouse projects on the plant grounds to work on cultivating clones and possible hybrid fast-growing pulpwood species.”

Budget 2022 has also restored the Krishi Unnati Yojana (KUY). It comprises a cluster of 10 schemes different from what was first announced and includes some of the older Green Revolution schemes. It currently has a budgetary allocation of INR 7,183 crore, 26 percent of which is for the development of the horticulture sector and 21 percent to encourage the domestic production and processing of palm, edible oil and oilseeds.

All the above shall directly or indirectly boost green cover and agroforestry /horticultural reforms will flourish.

PM: Have you been able to improve the productivity of degraded lands, control soil erosion, and push moisture conservation through your social farm forestry program?

TT: Considering the mill’s position, the soil is extremely fertile, with little traces of degraded or barren areas. Farmers in other states of India are already practising seasonal crops with the maximum yield per acre productivity for paddy and wheat. As a result, the notion of agricultural forestry is not as prevalent in Punjab as it is in Uttar Pradesh and Haryana.

PM: What are your company’s future targets in the area of farm forestry?

TT: We are focused on strengthening our relationship with a greener planet and we are actively working towards fulfilling our commitment to achieving carbon neutrality, embedding energy-efficient equipment in plants, and using biogas generated from food waste. We plan to do these more in near future. Hence, there are plans in the pipeline to build a separate team that will be responsible for distributing clones to local farmers as well as developing greenhouse projects on the plant grounds to work on cultivating clones and possible hybrid fast-growing pulpwood species. 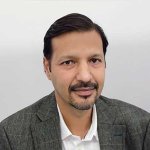 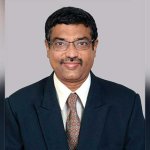 TNPL: Uplifting Lives of Farmers and Paving the Way to Empower Society as a Whole