Verso Paper Corp. announced that after conducting a comprehensive assessment, Verso has made the difficult decision not to reopen its paper mill in Sartell, Minnesota. Verso’s decision is based on the length of time that it would take to rebuild the mill structures and systems that were destroyed in the Memorial Day fire and explosion, and the marketplace challenges that would present.

The permanent closure of the Sartell Mill will reduce Verso’s annual coated groundwood capacity by 180,000 tons or approximately 20 percent, and will eliminate approximately 35,000 tons of annual supercalendered paper capacity.

Verso President and CEO David Paterson met with state and local officials earlier today to deliver the news in person. “The mill has not been competitive for a number of years and, despite our employees’ dedicated efforts since the December 2011 shutdown of two of the facility’s three paper machines, our assessment indicates that it is impossible for the mill to achieve a competitive position in today’s marketplace, especially after a setback of this magnitude and duration. We will work closely with local and state officials to develop options for the future use of the mill site.” 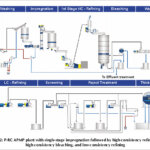 China is steaming ahead with High Yield Pulping, Success story of Chinese paper and board industry with the use of Mechanical Pulping, What can Asia learn from this?

UPM finalises the sale of its closed Albbruck paper mill