Mr. Endters will succeed Bertram Staudenmaier and take the position from October 2017.

The Supervisory Board of Voith GmbH has appointed Mr. Andreas Endters as Chairman of the Board of the Group Division Voith Paper w.e.f 2017-10-01. He thus succeeds Bertram Staudenmaier who will be leaving the company at the end of this year upon his own request.

Mr. Andreas Endters joined Voith Paper in Heidenheim in 1995 as Head of Sales and Marketing for QualiFlex Press Sleeves. In 2000, he was appointed as Executive Vice President at Voith Paper in Ravensburg; one year later, he became Chairman of the Advisory Board. Two years later, in 2004, Andreas Endters was appointed to the Management Board of the Group Division Voith Paper and put in charge of the Business Division Rolls. In 2008, he moved to the Management Board of the Group Division Voith Hydro, where he was responsible for the worldwide contract handling of Large Hydro. At the end of 2011, he returned to Voith Paper as a Member of the Group Division Management, initially in charge of paper machines. Since October 2012, he has been responsible for the Business line Projects, Voith Paper. 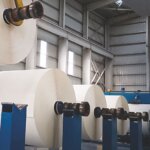 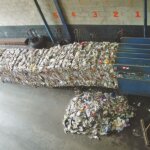