According to estimates 23% of the initial workforce that was engaged in the global workforce during 2005-10 has been added by India and in 2050 India will hold the largest pool of working population. India having the largest reservoir of the working population will be able to sustain it due to very competitive wage rates as compared to other countries. With its per capita income of $1300 as against $4000 of China the only way is forward. Indian household will see the rise in the rate of urbanization as the globalization increases, as per a study it is stated that the current figure of urban household will rise from 75 million to 120 million by 2032 i.e. 60% increase whereas rural household will boost from 160 million to 180 million i.e. 12.5% increase in the same period. So, in the next 20 years we’ll see a lot of shift from rural to urban economy. Further, in the same study it has been estimated that the working population from the urban slice of 2.1 per household will increase to 2.5 in the same period. Conversely, the dependence per worker will come down from 2.1 to 1.7 in the same period and this gap will produce the large discretionary income per household which is going to propel the consumer led economy. In the end it’s going to be more income generation leading to additional consumerism which will fuel growth.

Structural changes in the global economy

The structural changes in the global economy are not only, limited to the specific industries it is also affecting the process segments too. Paper industry is witnessing such paradigm shift and the rules of the game are being rewritten. On one hand the demand is being compressed in developed economies at unprecedented rates whereas Asian countries such as China and India are propelling demand and fueling growth. In the industry study it has been said that the 80% of market pulp demand growth in the last decade was contributed by China and more increasingly, almost 100% demand growth is been contributed by the developing economies. On the supply side, the story is quite similar Latin America has contributed 72% of the total supply of market pulp in the last decade during 2002-11. By 2016, China will surpass Western Europe as the favorite destination for market pulp granting more than 37% share of the world’s pulp market which was close to 4% in the year 2000. Having the largest share in the pie China is being considered as shark both as a buyer of pulp and selling of paper. In short, China is controlling both ends of the supply chain. Latin America is poised to become the leading suppliers of market pulp shipments by 2030 shifting from 18% to 42%.

The situation is not so different on the paper demand side, at the peak of 2008 where the world demand of writing and printing (W&P) paper stood at 102 million tons, is expected to close at 92 million tons, means a decline of 10 million tons in total, amounting a trim of 2.5 million tons every year. If put in the simple words, it is 70% of the total Indian writing and printing demand which is being shaved off from the world demand every year. From the peak of 30 million tons in 2004 in W&P, North America has lost 9 million tons by 2011 which means a loss of 28%. Even in 2012 they are 8% down in the first 9 months as compared to earlier, so the decline continues due to the structural shift. Western Europe has the same story, a decline of 5 million tons from the peak of 20 million tons in 2007. In the first 9 months of the current year the European market is down by 7%. So, all in all both America and Europe are down by 7-8% loosing 20-30% from their respective peak demands. This shows a massive structural change in the medium of communication. Overall demand of paper is intact; Asia including China is the growth engine and offsetting the demand in West. As the economies are being connected, paper companies in every corner of the world need to raise their resistance against the shocks that will originate from different variables.

We are buying wood today perhaps at the highest pricing and situation doesn’t seem to settle down in the next 3 to 4 years in India. The marginal cost of wood has reached USD200 for several companies in India on an average. For the first time in the history of Indian paper industry wood import makes a commercial sense and seems a reality however it is constrained by the inefficient infrastructure for handling of wood chips. In the time to come we will see the concentration of port based mills in India.

On the recovered fibre side owing to the compressed consumption of paper, the availability of the waste paper is under pressure. Conversely, on the other hand the collections points near the mills have been tapped by the mill collection agents so, on every incremental increase in demand mills have to spend more on transportation cost as they have to travel to far flung areas for procurement. As the world become global and the scale of operations allows you to tap growth market which makes you prone to the currency fluctuations. Further as the markets are becoming skewed cost of currency plays an important role in determining the profitability of the company. The capital availability in other countries is much easy and lower as compared to India, but the market is not there, it is here. Joining the dots of capital availability, market demand and supply of raw material is a challenge in today’s world. Despite standing in the growth region and posting a healthy demand Indian paper industry is facing the pressure in the availability of the wood and access to cheap capital.

The changes that are being anticipated in the Indian paper industry will not only relate to manufacturing but also the markets will see the fundamental changes that how the business is to be conducted. Market will see pan-India distributors having their own converting facilities and selling their own brands. The business of more standardized sizes and SKU’s which is more transactional in nature will shift to e-platform. The industry will have more transparency in the stocks sold both in terms of principals and distributors. Credit insurance would be the rule rather than norm in the industry and the quality engagement of the salesperson will move from transactional nature to the solution provider. This would be a long term approach rather than short term seasonal approach.

On the softer side attraction and retention of the talent pool in the industry is also an important aspect to look upon. In my span of 15 years in the industry I haven’t seen any addition of new skilled talent. This is been restrained by the certain factors such as creating the attractive image of the industry, having the high paying capacity and the rigidness in employing the new talent. In the last couple of years the large tectonic shifts that has happened in the industry like compression of demand in the western world, paper moving to China, energy vows, raw material availability, transportation cost is actually demanding a new set of skills as the old skills are either insufficient or inappropriate. No longer will the sole understanding of the customer and the market assist the working of the company rather the ability to understand the world cycle which is emerging as a competitive advantage. As going forward the landscape of the Indian industry will be completely altered by 2020 as many new variables will come into the picture. The access to the global pool will bring about the paradigm shift in the industry. Strategic collaborations and joint ventures will also play an important role in going forward. Whether you are an Indian company or from foreign origin the ability to combine the dots will make a winning combination. 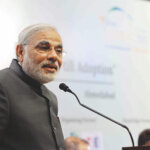 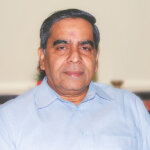