Abris Capital Partners is continuing on its growth path in the tissue sector in Central and Eastern Europe. Following the acquisition of Romania’s Pehart Tec group in 2015, the private equity company is announcing a new investment in Poland.

Private equity company Abris Capital Partners, through its subsidiary Vlet Holdings, has signed a preliminary agreement to acquire a majority stake in Poland’s tissue paper and products manufacturer Velvet Care. Velvet Care is managed by the Avallon MBO fund. The corresponding agreement between Abris and Avallon was reportedly signed at the end of February.

According to Abris, Avallon has invested nearly PLN 250m in Velvet Care over the last 4-5 years, including the construction of a second tissue machine at the former Kimberly-Clark mill in Klucze. The new TM has been commissioned on 2 March, raising the mill’s total capacity to over 100,000 TPY. 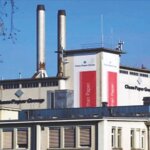