The European pulp and paper industry successfully concluded its 15th European Paper Week in November 2013 in Brussels focusing on sustainability and innovation in the industry under the theme “Reinventing Growth”. Within that context the Confederation of European Paper Industries (CEPI) presented its 6th sustainability report and the Two Team Project results. The exhilarating three-day event brought together over 350 people from the industry, related organisations and numerous representatives from European institutions, providing a quality platform for meaningful discussion.

In March 2011, the European Commission set a challenging target of an 80 per cent reduction in CO2 emissions by 2050. In November 2011, paper industry launched its own 2050 Roadmap that analysed how to achieve this decarbonisation target, while increasing value in the sector by 50 per cent. A year later, the industry followed up by launching the Two Team Project, which brought together teams that went on to developing eight concepts for breakthrough technologies that provide solutions meant to support the future of the European paper industry. Each solution offers opportunities to create value, reduce costs, improve margins, radically change sector operations and improve decarbonisation. These concepts were unveiled by CEPI at the European Paper Week event in Brussels.

In this year-long competition, two teams comprising scientists, companies, suppliers and outsiders worked to identify viable concepts that could help the industry achieve its objectives. Climate Action Commissioner Connie Hedegaard announced the winning team and winning concept from among the eight finalists. Praising the efforts of the sector, she said, “Global markets for resource and energy efficient solutions will grow. CEPI 2050 Roadmap and the ideas prepared in the Two Team Project show that the European pulp and paper industry is ‘technology conscious’ and ready for future challenges. It’s an example to be followed by other sectors.”

The eight breakthrough technologies are a combination of new ideas and of ideas that work in other sectors, but have never been utilised before in paper and pulp industry. They include some cutting- edge research findings, as well as innovations that have not yet made it to market. The solutions are not only found in technology, but also in new ways of working and even changes to the way production is measured today. More importantly, they can open up entirely new product portfolios for the future.

The winning concept was announced as “Deep Eutectic Solvents.” It is a brand-new technology that, at low temperatures, breaks down biomass into its constituent parts, which can then be used in paper and pulp industry. If utilised at scale, this technology can radically change pulp and paper production around the world and replace some of the most energy-intensive parts of the current process. Deep Eutectic Solvents have produced remarkable results in laboratory trials; however, they will need to be studied and developed further over the coming months or years.

Commenting on the outcome of this competition, Teresa Presas, CEPI Director General, said: “The results are beyond expectations. While we have announced a winner, we are confident that all the shortlisted concepts have an important role to play. We believe the teams have found the key to the largest industrial breakthroughs in decades in our industry. Now policy must be encouraged to support the development of these technologies.”

Teresa Presas went on to say: “Policymakers once thought targets could be met with existing technology and behavioural change. That is wrong. Breakthrough technologies are needed to meet low carbon targets. Investments in innovation need to focus on breakthroughs, not on incremental growth. CEPI’s Two Team Project perfectly illustrates this.”

As we know, little effort is given to developing breakthrough innovations for the manufacturing sectors of tomorrow and industrial and climate policy have left this area untouched. The Two Team Project went as far as any industry sector can go at organising an open innovation process and providing pre-competitive leads. It is now up to individual companies to take the next step and develop the concepts. This will need new forms of cooperation and the support of European and national policy makers. The right conditions must be put in place to enable research, pilot demonstration and investments. 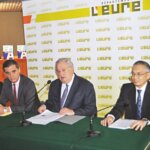 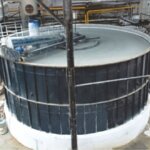