China’s Ministry of Industry and Information Technology on August 8 published a list of 2,087 steel mills, paper mill, cement works and other energy-intensive factories required to close by Sept. 30. The manufacturing plants were chosen after discussions with provincial and municipal officials to identify industrial operations with outdated, inefficient technology, the ministry said.

Included in the list are 279 paper mills. The ministry did not provide figures for the percentage of capacity to be closed in each industrial sector.

“The goal of the closings is to enhance the structure of production, heighten the standard of technical capability and international competitiveness and realize a transformation of industry from being big to being strong,” the ministry said.

According to media reports, the current Chinese five-year plan calls for using 20 percent less energy this year for each unit of economic output than in 2005. But surging production by heavy industry since last winter has put in question China’s ability to meet the target.

China’s energy consumption rose so sharply last winter that it produced the biggest surge ever of greenhouse gases by a single country. The International Energy Agency in Paris announced last month that China surpassed the United States in 2009 as the world’s largest consumer of energy. In 2006, China passed the United States as the world’s largest emitter of greenhouse gases in 2006. That milestone came earlier than expected due to China’s heavy reliance on coal. 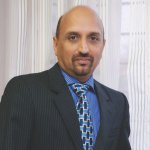