Until late 2015, Dongguan Jianhui Paper imported virgin fiber to produce the top layer of its high-quality coated board products. Today, recycled fiber has been substituted for costly virgin fiber, thanks to a new 3-loop deinking plant supplied by ANDRITZ. The lower-cost fiber meets all expectations of customers and mill management.

This was good timing for such an investment,” says Li Guihua, Chairman of the Board and General Manager of Dongguan Jianhui Paper when referring to the EUR 13.8 million his company put into a new deinked pulp (DIP) production line. “Even though it was made to enhance our competitiveness and lower our overall cost, we had also the advantage of our currency against the Euro.”

Dongguan is a major industrial city at the Pearl River Delta in Southern China. Dongguan Jianhui Paper is a rather new company, established in 2002. The mill site is strategically located in the midst of convenient water sources and a good land transportation network. First production of coated board products began in 2004. A second machine followed in 2005. Development has been fast. After some upgrades, capacity surpassed 800,000 t/a. The installation of a third 600,000 t/a line boosted total capacity to 1.4 million t/a.

According to Mr. Li, his company’s capacity for the production of coated board ranks second in the Pearl River Delta, and very high in the whole country. “Most important, our quality ranks at the top, if not the very best,” he says.

Dongguan Jianhui Paper produces a variety of high-end duplex coated boards (230- 450 g/m²) and kraftliner (110-230 g/m²). The leading product, the “Jianhui” brand of grey back duplex board, has been highly appreciated by customers at home and abroad since being launched. The company has been chosen as an enterprise with National Quality Level “A” trust.

With quality certain, Dongguan Jianhui Paper set its sights on optimizing costs. A major cost factor was the import of virgin fiber for the top layer, fiber imported from Indonesia, Canada, and Brazil.

“Everything has proven to be as good as expected and promised.”

Due to the high quality standards at the mill, choosing the right supplier for a DIP system was a careful and meticulous process. The expectation was to get good quality stock with the most economical fiber, and also to lower energy consumption and fresh water consumption. “As this is our top product line, we had to be sure that we invested in the best,” Mr. Li explains. “We evaluated the situation carefully before committing. The best technologies, project execution, reliability, and quality were all under consideration and comparison. We selected ANDRITZ.”

ANDRITZ has many well-running DIP references in China and around the world and nine 3-loop systems in China – far more than any other supplier. One important reference in China was a 3-loop DIP plant with 550 t/d capacity producing pulp for a new LWC machine.

“ANDRITZ has the most complete and advanced deinking system in the world,” Mr. Li says. “They not only offer a competitive price, but also good quality and a package of services that we considered as being the most superior.

Now that the equipment has been installed and put into use since November 2015, “everything has proven to be as good as expected and promised,” Mr. Li says.

“This customer set high standards, and we worked hard to meet their requirements,” says Liang Wen, Project Manager for ANDRITZ China. “After the erection of the system, our commissioning, start-up, and training have been successful. Final brightness is ISO 80-82% which meets the requirements for the top layer. Pulp cleanliness and other fiber properties are exceeding their expectations.”

Capacity of the new line is 200 bdmt/d. To replace the virgin top layer, Dongguan Jianhui Paper is now using a combination of Old Magazines (OMG), Sorted Office Papers (SOP), Mixed Office Waste (MOW), and some white trim. About 40% of the furnish is sourced locally. The remainder is imported from Japan and the USA. The exact furnish mix is determined by quality, price, and supply, so there is some flexibility in sourcing. According to Mr. Li, using recovered fiber as the raw material cuts operational costs by about EUR 7-11 per tonne of product produced, giving a very good payback time.

Due to impurities in the recovered fiber raw materials, DIP systems require a series of process stages (or loops) in order to remove and/ or reduce the impurities without harming the fiber material, according to Andreas Gorton-Hülgerth, General Manager of the Pilot Plant for ANDRITZ’s pulping and fiber organization. “A critical parameter in the system design is the type of ink and the printing process used in the raw material mix,” Gorton-Hülgerth says. “Office papers have what we call a ‘hard’ ink that is fused onto the paper surface. Magazine papers have a ‘soft’ ink that is printed on the coated surface.”

Disintegration without destroying the fibers is the main task of the FibreFlow drum pulper. Following the pulper is a cleaning stage that removes heavy particles to reduce the wear on downstream equipment.

Although ink detachment is not fully completed in the first loop, the flotation equipment removes the “soft” inks and dirt particles. With the exception of ink and very small dirt particles, the removal of contaminants is completed in the fi rst loop. A heated and pressurized dispersing system then detaches ink particles and reduces the size of other impurities.

The second loop is mainly for removing detached “hard” inks. A second disperser handles the most resistant ink particles as well as some very small stickies and dirt. The final flotation stage removes the remaining dirt and ink particles. Thickened pulp is sent to a reductive bleaching stage to achieve high final brightness.

“When it comes to deinking, we wanted pulp of high enough quality that would also meet our targets for cost reduction. That has not been a problem with this system.”

“ANDRITZ supplied all key equipment and also the basic and detailed engineering,” says Chen Bo, Vice General Manager of Dongguan Jianhui Paper. “They prepared 3D drawings that we found very useful and supervised the erection. They also took responsibility for the commissioning and start-up. The design of the whole system was excellent. ANDRITZ’s experience in commissioning deinking systems was impressive.”

Dongguan Jianhui Paper has worked with ANDRITZ for several years and has purchased refiners, pumps, mixers, and other equipment. “When it comes to deinking, we wanted pulp of high enough quality that would also meet our targets for cost reduction. That has not been a problem with this system.”

The cooperation between Dongguan Jianhui Paper and ANDRITZ has been “a pleasure” according to Mr. Li. “ANDRITZ people are very responsible,” he says. “They worked with a positive attitude all the way from presales throughout the project and they have been very helpful in optimizing the system. These are the things with which we are the most satisfied.

Both Mr. Li and Mr. Chen say that if they had to redo this project, their decisions would be much the same. “There could be some improvements in the cleaner plant and reduction of foam,” they offer as feedback. “But not much to change.”

Dongguan Jianhui Paper is investing to meet stringent environmental standards on all equipment in the future. “Our company pays attention to environmental protection,” Mr. Li says. “We are determined to improve the environment.”

What makes Mr. Li most proud when talking about Jianhui? “The people, especially the middle level management with their experience and expertise,” he says. “Our company is young, and so are the leaders. This is a company full of energy and power.” 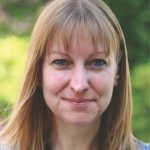 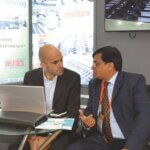