In the recently held IPPTA annual seminar in Chennai the theme selected was “Innovation and Best Practices in Pulp & Paper Manufacturing” wherein different people of varied experience put forward their perspectives. Team Paper Mart below presents the excerpts from the thoughts presented during the seminar.

Mr. MBS Nair, Director – Operations, Emami Paper Mills Ltd in his presidential address gave a synopsis on Indian paper industry and its current state, he said, “the vibrant change in the Indian economy has made a direct impact on the Indian pulp and paper industry. Currently, industry is going through a crucial face, due to abnormal rise in cost of vital inputs like power, raw material, consumables and almost stagnant selling price. As on today we have 750 mills operating in India consisting of small, medium and large mills. The industry produces about 2.6% of the total production of paper globally i.e. 11 million tons with a gross turnover of around Rs. 45,000 crores and contributes Rs. 4,000 crores to exchequers and provides employment to about 370,000 people. Most of the mills have installed a mix of old and new technology. Small and medium units mainly dominate Indian paper industry and the numbers of mills having the capacity of more than 50,000 tons annually are less than 50. In fact less than half a dozen of mills in India produce almost 90% of newsprint requirement. Indian per capita paper consumption is less than 10 kg as compared to world average of 57 kg. Many of the mills in India are waste paper based and recovery rate of the same is just 27% whereas it has crossed 60% in developing countries. India imports about 4 million tons of waste paper every year. In the total production of paper in India 47% is based on waste paper, 31% on wood and bamboo, 22% on agro.

With this kind of scenario the predictions that the growth rate of the industry will be 6-7%, doesn’t really happened instead it grew at 5%. The production was 11-11.5 million tons as compared to 100 million tons in China and 400 million tons globally. The potential of growth for the industry lies in the development of the economy, rising literacy rates, consumerism and standard of living. And, with these factors we will be able to touch around 20 million tons by 2020. The fall in the profitability of many Indian paper manufactures can be attributed to the fall in rupee value, increased cost of raw material, fuel, consumables, logistics etc. So, the industry has to work aggressively to make up and to reduce the higher input cost to become globally competitive. The strong in-house R&D and customer feedback can help the manufacturers to improvise on various operations and provide product at a nominal cost. It is heartening to know that lately Indian mills have adopted the state of art technologies to match the international standards. Innovation and the adoption of the best practices should be the integral part of every paper mill. This will help us to achieve the sustainability in our operations which is need of the hour.”

Inaugurating the event, Minister for Industries, Thiru P. Thangamani said “Paper plays an important role, in human life. Paper facilitates dissemination of knowledge. Indian Paper Industry has a long history, of 180 years, with the first mill established in the year 1832. Today there are about 800 mills in India, in the category of small, medium and large, using wood, agro residues and waste paper as raw materials. The industry is growing at the rate of 7-8% percent per annum. The Indian paper industry plays a vital role in the economic growth of the country and also provides huge employment opportunities. The per capita consumption of paper in the country is currently around 10 kg. This is very low compared to the global average of 58 kg. With the consistent economic growth, large population and rising literacy rates, there is immense potential for Indian paper industry to grow. The Indian paper industry should take appropriate measures to meet the growing demands of paper.”

The industry is highly energy intensive and water intensive. About 9 metric tons of steam, 1300 KW of electrical power and 80 cubic meter of water are used for producing one ton of paper. Both energy and water are becoming scarce in the country. These scarce resources should be used in a most judicious way. This is where the industry should work hard, and see as to, how to reduce these inputs, the Minister asserted.

Besides reducing water consumption, the industry should improve the effluent standards to reduce the impact on environment. In the recent years, mills have taken measures, to improve the environmental standards, by adopting green technologies, such as switching over to (ECF) elemental chlorine free bleaching. Still the mills have to go a long way. The industry should invest in environmental improvement measures on a consistent basis, Thangamani pointed out.

“I understand that the industry is facing shortage of raw materials mainly pulpwood. I am happy to note that the industry has taken lot of initiatives to develop social forestry for improving the economic condition of dry land farmers, enlarging the green cover and the availability of pulpwood. Besides this, the industry should also look for more of agro residues and waste paper as alternate raw materials. In today’s world competition is inevitable. Competition can be managed only through improving competitiveness, by ‘making more from less’. This calls for continuous innovation and adoption of best practices followed by the competitors elsewhere across the globe” he concluded.

While giving the vote of thanks, Mr. Sanjay K Singh, Divisional Chief Executive, ITC Ltd (PSPD) gave audience a glimmer of hope, he said, “it is known that paper industry pollutes the environment. It is based on wood, agro and recycled fiber and all this are available in abundance and in abundance we mean that we cut less trees and grow more i.e. if we cut one tree we grow 2 or more trees. Industry also recycles paper, which used to go to the dump yards so we are doing a humane service for the society. Then again, the agro waste, which used to get burnt we are recycling it. So, the perception about the paper industry needs to be changed. Seeing the current scenario I hope that a cubic meter of water for per ton of paper or board should be available in the coming years. Further on energy side, 50-60% of the power generated in the mills in India is done by using the black liquor & ash and if you take bark and other waste generated out of the mill it can be raised to 70-80% in-house. And, if supplier develops the technology to minimize the input usage then it will be a win-win situation. I believe that in the next 20-25 years the golden era of paper industry will come back. Take an example of a typical household where one newspaper caters to all the family members and on the other hand each of them has their own electronic gadgets so you can imagine the amount of electricity consumption that happens through it. And, updates received on the gadgets are being sent by huge data centers situated in some corner of the earth which are being maintained on high-energy consumptions. My gut feeling is that people, sooner or later will realize that paper is the least energy consumed product in this whole cycle. And a trend will happen in the next 15-20 years where the usage of paper will surpass usage of electronic media.”

Dr. Antti Kaunonen, Member of the Management Board of Voith Paper, in charge of the Region EMEA, started the key note address by explaining the operational excellence, that it is a goal of conducting business in a manner that improves quality, obtains higher yields, faster through put, and less waste. Having operational excellence results in predictability, repeatability also this would result in improvement in productivity. He asserted, “Operational excellence is a necessary and sufficient condition for productivity gain.” He further added that paper is biodegradable and recyclable and is a great product, which helps the environment rather, destroying it. For raw material the industry has to increase fiber efficiency by maximizing the recycling rate. The energy has been the really important cost driver for the industry and earlier it wasn’t on the priority list but I am happy to know that lately the paper industry has given a detailed focus on this factor.

So we have to challenge the cost drivers through integrate solutions, which will provide the efficient and effective cost operations. 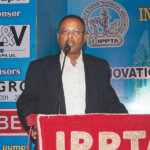 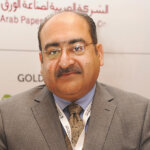