Honorable Union Minister of Commerce, Mr. Suresh Prabhu graced this occasion as the Chief Guest and presented the award.

India has emerged as the fastest growing paper market amongst large economies in the world. In the last 10 years, the domestic demand has almost doubled from around 9 million tonnes in FY 2007-08 to over 17 million tonnes in 2017-18.

The industry estimates the overall paper demand to grow at a compounded annual growth rate of 6-7 percent, reaching to about 20 million tonnes by FY 2019-20, this was stated by Mr. Saurabh Bangur, President Indian Paper Manufacturers Association (IPMA) at the 19th Annual Session of Indian Paper Manufacturers Association (IPMA).

According to IPMA, Make in India in paper is threatened in view of comparatively higher cost of raw material especially wood and cheaper imports which have been growing at a pace faster than growth in domestic production.

Even as the industry is grappling with the issue of producing paper and paperboard at competitive cost, the problem has been exacerbated by the Government’s policy of extending preferential tariff treatment to import of paper and paperboard under the different free trade agreements (FTAs) and other bilateral and multilateral trade agreements and pacts.

“Paper is a key segment of Indian industry and Government is committed to ensure domestic manufacturing. Government will consult the industry before embarking upon any further Free Trade Agreements (FTAs). Domestic players need to get priority to meet the demand. One of the main objectives of the trade policy has to be promotion of domestic manufacturing”, said Mr. Suresh Prabhu, Minister of Commerce & Industry and Civil Aviation and Chief Guest on the occasion.
The 19th Annual Session and Awards Function of the Indian Paper Manufacturers Association (IPMA) was held on 11th January 2019 at Hotel Le Meridien, New Delhi. The event was attended by more than 150 participants. 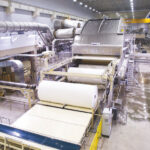 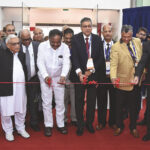