The company had made a major investment of Rs 1,775 crore to augment capacities

JK Paper, a part of the over 100-year old JK Organisation, today achieved a golden jubilee milestone after listing in 1965. JK Organisation has been in the paper industry for over 75 years starting with a 3600 TPA board mill at Bhopal in 1938. Today, it commands leadership position in the paper industry with a combined capacity of 4,55,000 TPA at its plants in Gujarat and Odisha, he said.

Talking about future growth plans, Singhania said, “JK paper is the market leader in the copier paper segment with a current share of 26 per cent. We are amongst the leading players in coated paper and packaging board.

While the copier market in India grew by 6 per cent in FY 2014-15, our copier volumes went up by 31 per cent. The way forward is to explore new distribution avenues; enhance customer connect and re-establish premium positioning of JK maplitho grades.”

On capital expenditure, he said the company had made a major investment of Rs 1,775 crore to augment capacities of uncoated paper at its unit in Odisha. The new units include a fibreline (215,000 TPA), paper machine (165,000 TPA), a 55 MW power plant, A4 cutting line and robotic palletizer.

In the last seven quarters that the new project has been in operation its sales in uncoated segments have increased from 35,514 MT per quarter to 65,271 MT, up by 84 per cent, he added.

The company is now pursuing enriching the green cover through social farm forestry. On the plantation front, JK Paper will continue to plant 16,000 to 17,000 hectares every year in the radius of 200 kms of its plant, Singhania informed. 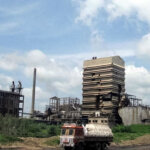