CP Kelco and Metsä Fibre are to receive technology from Linde

The company’s ECOVARTM range of plants will be provided to CP Kelco and Metsä Fibre, respectively, as part of a total investment of around EUR 15m (USD 16.1m). The long-term on-site gas supply agreements include plant installation, operation and maintenance; both will be constructed by Linde’s Engineering Division.

The ECOVARTM delivery method is an efficient way to deliver large amounts of gases for industrial processes, both in terms of energy consumption and a reduction in environmental impact. On-site production significantly reduces the need for road deliveries of gas and adsorption technology also saves energy compared to cryogenic distillation, commonly used in production of gases in large quantities.

The nitrogen production installation at CP Kelco will incorporate Linde’s ECOVARTM ADSOSSTM-N gas generation plant, which separates nitrogen from air employing the adsorption-based PSA (pressure swing adsorption) process. The customer will use the nitrogen for inerting processes in the production of CMC (carboxymethyl cellulose) in order to control the level of oxygen content. Implementation of the ECOVARTM plant is underway, with operations beginning in early 2016.

The installation will be built in the Metsä Group´s new bio-product mill area, currently under construction. The Äänekoski ADSOSSTM-O oxygen plant will be one of the world’s largest oxygen plants based on VPSA and will begin operations at the same time as Metsä Group’s bio-product mill, in the third quarter of 2017. 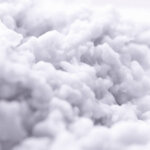 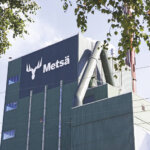