Six memoranda of understanding were signed at the event; Shandong Yongtai Paper Mill Company and Roshan Packages signed an agreement for setting up a paper mill in Punjab

In a bid to strengthen economic ties between Punjab and Shandong, the Punjab Board of Investment and Trade (PBIT) organised a business seminar on April 14 to promote government and business exchanges and develop areas of cooperation in textile, manufacturing, energy, infrastructure, hospitality, real estate and construction sectors. This was reported by a leading Pakistani daily.

“While our relations at the government-to-government level have been exemplary, it is time that we create the right conditions for our businessmen, entrepreneurs and investors to increase their engagement,” remarked Punjab Chief Minister Shahbaz Sharif while speaking at the event.

Shandong Vice Governor Xia Geng commented that the relationship between China and Pakistan was not confined to just economic ties and with the ongoing interaction, the friendship would deepen further.

Shandong is one of China’s most affluent provinces with a gross domestic product of $967 billion. It plays host to global enterprises like Panasonic, LG, Volvo and Sanyo and is a hometown of companies like Haier, Hisense and Sinopec.

Speaking on the occasion, PBIT Chairman Abdul Basit said, “Pakistan deeply values its close historical, fraternal and strategic partnership with China. Both countries can take pride in their enduring ties based on a host of shared economic and strategic interests.”

Six memoranda of understanding were signed at the event. Shandong Yongtai Paper Mill Company and Roshan Packages signed an agreement for setting up a paper mill in Punjab.

Shandong Provincial Enterprises inked an MoU with Foreign Investment and Wow Solutions for cooperation in promoting investments. Speaking to media, PBIT CEO Amena Cheema stressed that the MoUs and agreements reached during the forum would further strengthen economic ties between China and Pakistan.

“PBIT would take lead in arranging meetings for the (business) delegation accompanying the CM during the forthcoming visit to Shandong with relevant Chinese businesses,” she said. Many industrialists and high-profile government officials of Shandong were present at the seminar. 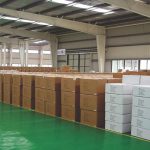 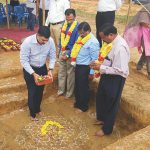