Middle East’s event for paper industry, Paper Arabia 2013, was recently held at the Dubai International Exhibition Centre. With more than 110 exhibitors from 23 countries from across the world, Paper Arabia 2013, as expected, turned out to be a key platform for traders and industry players to interact. The event’s exhibitors included leading global names from the paper, tissue, packaging and converting sectors.

Major companies that participated in the show included companies such as Orient Links Co. (LLC), a leading international paper marketing company in Asia; Mepco Gulf, a leading paper and board trader in the Middle East, North Africa and Indian sub-continent; and ADNPM, an advanced manufacturer of jumbo tissue paper rolls in the United Arab Emirates.

At the show, the paper, tissue and converting industries displayed the latest technologies. A wide array of machinery products targeting paper mills was displayed, along with a range of household paper for end users.

The show in its sixth edition offered opportunities for manufactures and suppliers of finished products, equipment, machinery, paper chemicals, services, supplies of paper, tissue and converting sector to access the Middle East and North African markets. The exhibitors showcased their latest products and solutions for the entire production chain, from pulp to packaging, distribution, wholesales/ retailing, trading and marketing products, in the three-day show.

At Paper Arabia 2013, European paper machinery manufacturers showcased quite a few new solutions. These companies used the show as a platform to establish new contacts and seek new partners and customers from the Middle East region.

Place of the United Arab Emirates in Global Paper Industry

The UAE’s per capita consumption of paper is 175 kg, against the global average of 62kg. The country is playing an instrumental role in re-exporting paper and tissues to the entire Middle East and North Africa (MENA) region. According to industry figures published by UN Comtrade, the UAE imported approximately AED 4.6 billion worth of paper products in 2011, compared to AED 3.1 billion in 2007, representing cumulative annual growth rate (CAGR) of 10%. Dubai accounted for over 80 per cent of paper imports valued at AED 3.8 billion, according to the same source.

Mr. Satish Khanna, General Manager, Al Fajer Information and Services, organisers of Paper Arabia 2013 said: “Growth in import of paper products can be linked to rising incomes and lifestyle changes, and in part to Dubai and the UAE as a transit hub. Dubai is host to several hospitality and conference clusters, which continually need specialised printing services and paper products.”

Industry figures published by UN Comtrade show that the newsprint imports into UAE declined 11 per cent from AED 203 million in 2007 to AED 127 million in 2011. Likewise, import of tissues and napkins decreased by 6 per cent, from AED 363 million in 2007 to AED 286 in 2011. The same source said that newsprint represents 1.4 percent of the UAE paper imports, while tissues and napkins took up 3.1 percent in 2011, down from 3.3 percent and 5.9 percent respectively in 2007. The UAE’s imports of writing paper nearly doubled in 2011, with a figure of AED 996 million, compared to AED 446 million in 2007, making writing paper the most popular imported paper item in the UAE. This represents more than tenth of the total paper imports.

The strongest growth in import of paper into the UAE is seen in wallpaper and toilet paper, which grew at 36 per cent and 29 per cent, giving a cumulative annual growth rate (CAGR) of AED 107million and AED 128 million between 2007 and 2011.

Coated paper constitutes 8 per cent of paper imports in the UAE, while other categories account for the remaining 80 per cent of the paper imports. Like elsewhere in the world, import of newsprint in the UAE is on the decline giving way to digitisation.

Mr. Khanna said: “Dubai is committed to support businesses and investors in the paper industry and promote sector performance as many specialised companies in the paper industry have chosen the Emirate as their headquarters for various reasons, including the excellent infrastructure, ease of doing business and convenient access to neighbourhood markets.”

He also said: “We are witnessing very promising growth figures in the industry as the UAE is not only importing but also re-exporting to various destinations worldwide. Growth was seen in packaging containers (15%), paper boards (10%), carbon paper (6%), cigarette paper (23%) and a whopping 36% in wallpaper.” 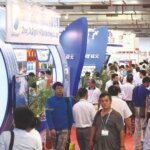 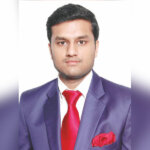