The domestic paper industry is operating under challenging conditions post-COVID. Amid a sharp fall in demand, substantial quantities of paper are imported at significantly lower costs from countries such as China.

The paper imports continue to surge even as domestic paper manufacturers limp back to restart production after the COVID outbreak. In a communication to the government, the Indian Paper Manufacturers Association (IPMA) said both inward and outward supply chains of the paper industry have been totally disrupted and are yet to recover fully.

IPMA also mentioned that taking advantage of the situation, import of paper has been rising steadily.

AS Mehta, President, IPMA, said countries such as China and Indonesia, which have significant excess domestic production capacity, are using the opportunity to push their excess inventory into India at very low prices, which attract either nil import duty under the India-ASEAN FTA or a preferential import duty under the Asia-Pacific Trade Agreement.

This is further impacting the economic viability of Indian paper mills, which are already under stress. The development will not only lead to a revenue loss for the Government, but also jeopardise the incomes and employment of thousands, including farmers, who are engaged in agro-forestry and supply wood to the paper industry, he added.

IPMA has urged the Government to increase the basic customs duty to 25 per cent from 10 per cent and placed paper in the Negative List in all existing and future FTAs.

The import of paper should be allowed only on the basis of Actual User License so that only genuine users import the right quantity of paper for their consumption. it said. 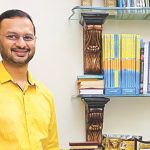 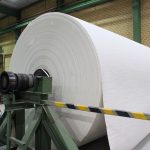