Recovered paper demand in India has increased strongly over recent decades as domestic paper production has increased. This trend seems likely to continue as paper consumption rises further. Domestically-sourced recovered paper is typically cheaper than imported recovered paper. Paper manufacturers are therefore expected to try to satisfy their increase in demand for recovered paper by stimulating domestic collections. However, there will be modest potential for further growth in exports to India of recovered fibre.

Around 10 million tons of paper was consumed in India in 2008, of which 9 million tons was manufactured in India (Table 1). Paper production and consumption have both grown at around 7-8 per annum on average over the past 10 years, broadly in line with the increase in GDP. Nevertheless, paper consumption per capita, at around 8-9 kg per annum, remains low by international standards.

Although packaging paper grades account for the largest share of paper production and consumption, the share is smaller than some other Asian countries (e.g. China) because the export manufacturing sector is less important. This also means that most of the paper produced in India is consumed domestically rather than being exported overseas.

Recovered fibre accounts for just over half of the fibre used in paper manufacturing (Graph 1), with the remainder evenly split between virgin wood pulp and non-wood fibres (such as bagasse, jute, bamboo, straw and cotton). The majority of the recovered paper is used by packaging mills, although some is used to manufacture newsprint and lower quality printings and writings paper.

Around 60% of the 5 million tons of recovered fibre used by Indian mills is imported. The US was the largest supplier of recovered paper to India in 2008, with a 34% market share (Graph 2). TheUKwas the second largest, with a17% share.

The UK exported 380,000 tons of recovered paper to India in 2009. HM Revenue and Customs data suggest that the main grades exported to India are mixed grades and old corrugated containers (OCC).

However, Indian customs statistics suggest that almost all recovered paper imported from the UK is recorded on entry as mixed grade.

There is pressure from Indian government authorities to intensify pre-shipment inspections for imports to India. However, at present, these are not perceived to represent a major barrier to high quality exports.

The Indian paper recycling rate is low by international standards – under 30% – but has increased significantly over the past few years. This reflects efforts made by national and local governments and large paper companies to develop more efficient collection systems. For example ITC has established the Wealth out of Waste (WOW) initiative to help secure its fibre supply from domestic market. ITC pays households and civic bodies a small fee for the recovered paper, plastic and metal they collect.

Domestically-sourced recovered paper is cheaper than imported recovered paper, because the cost of the latter is pushed up by a number of factors, including: shipping costs (which are higher than those to China); import duties; higher quality; and strong demand from e.g. Chinese paper manufacturers. The small size of Indian paper mills presents a further barrier to procuring imported recovered fibre.

The Indian economy is expected to continue to grow rapidly over the next 5-10 years, providing continued momentum to the paper industry. Pöyry forecasts that paper production could more than double by 2020 to reach nearly 19 million tons, while paper consumption is expected to grow at a similar pace (Graph 3). This could lead to a 6 million ton increase in annual demand for recovered fibre.
However, the price factors identified above mean that the increased demand for recovered paper is likely to be met through increases in domestic collections rather than increased imports of recovered fibre (Graph 4). Accordingly, Pöyry forecasts that the Indian recycling rate will increase from the current estimated 30% to 44% by 2020, in order to meet much of the increase in demand.

This suggests that there may be only modest potential for further growth in exports to India. However, there may be further market opportunities should the gap between domestic and imported recovered paper prices narrow.

The pulp and paper industry prepares for Wiesbaden 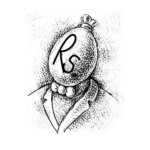