Information Technology and Industries Minister K.T. Rama Rao asserted that the State Government is committed to revive the Sirpur Paper Mills of Kaghaznagar town, which rekindled hopes of employees of the paper manufacturing factory. Around 3,000 workers lost their livelihood during the shutdown of the mill in 2014.

According to media reports, Rama Rao along with Forest and Environment Minister Jogu Ramanna met the chairman and managing director S. K. Bangur and other top officials of West Coast Paper Mills (WCPM) Limited, in Kolkata. He was quoted as saying that the government would not only help revive SPM, but also all sick units in the State. He had asserted that incentives would be extended to those who come forward to restart the closed companies in Telangana.

The next meeting is likely to take place in Hyderabad soon. The WCPM will bring officials of IBDI bank for evaluating chances of reopening the firm. However, his tour has rekindled hopes of employees of the factory, who are going under financial crisis caused due to shut down of the SPM. 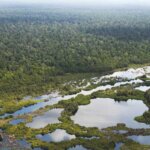 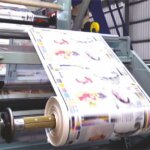