The inaugural session of Paperex 2017 saw some serious deliberation on the key issues of the industry including plight of the newsprint industry, threatening levels of import of paper and board, efforts in environmental compliance, technology’s role in operational optimization, etc. The celebration of the first World Paper Day became the highlight of this edition among other things.

The 13th edition of Paperex, held from November 1-4, 2017 at Pragati Maidan, New Delhi, proved to be a major success yet again with participation of 568 leading exhibitors from 30 countries and 23,794 trade visitors from 59 countries. Paperex 2017 was inaugurated by Mr. C. R. Choudhary, Hon’ble Minister of State for Commerce and Industry, Government of India amid much fanfare and in presence of many eminent faces of the industry. Dr. Vandana Kumar, Joint Secretary, Department of Industrial Policy & Promotion was also present at the occasion as the Guest of Honor.

Being the biggest show of the Indian paper industry, Paperex attracted all top brands to display their products at the show. Companies such as BILT, JK Paper, Century, International Paper, Trident, TNPL, West Cost, Pudumjee, APP, Valmet, Voith, Andritz and others were conspicuous by their presence and highly attractive stall designs. The show like before also became the venue for various new launches and the leading exhibitors unveiled new products and special offers for their customers.
Simultaneously with the show, there were conferences and technical sessions with various significant themes that the paper industry urgently needs to discuss. The conference on “Pulp and Paper Industry: Strategies for Sustainable Growth” by IARPMA, Executive Committee Meeting of Indian Paper Manu-facturers Association (IPMA) and Indian Pulp and Paper Technical Association, Celebration of Paper Day by Federation of paper Traders associations of India (FPTA), Paper Industry Meet by CAPEXIL, etc. were some of the important events to attend to. Besides, Various Business Networking & Information Lounges (BNILs) were also set up by major trade bodies of the paper industry.
However, the major highlight of the occasion this year was the celebration of first World Paper Day on November 1, to be observed subsequently each year on the same date. A pledge was taken that every person should buy a piece of paper on this today to show solidarity with this very beautiful and sustainable industry. 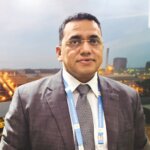