The company may shut down its third unit if scarcity persists; the company is now looking to Mettur water.

With the Cauvery running dry and the delta region reeling under a severe drought, the Tamil Nadu Newsprints and Papers Limited, one of largest bagasse-based paper mills in Asia, has shut its two units at Pugalur due to acute water scarcity.

According to sources, the TNPL draws about 56 million litres per day from the Cauvery at a pumping station in Kattipalayam village. However, it could not draw water for the last few weeks as the groundwater had gone down. To make things worse, the additional borewell sank by TNPL reportedly failed. Moreover, there were protests by the residents of Thottakurichi and neighbouring villages against drawing of water for the plant when the people are struggling to meet the drinking water requirement.

Following this, the TNPL closed its two of its three units temporarily. The third unit is on the verge of suspending its operation. “We have no other option except to scale down production. We have stopped the production by 60%,” a senior official of TNPL was quoted as saying. He said pulp production was its major activity and this has been affected as the water sources had dried up. Without water, it was not possible to run the machines. Hence, pulp production had been totally stopped.

TNPL had started importing pulp to run the factory. However, the scaling down of production had not affected regular employees. But, contract workers are not being engaged.

Drawing water from the Cauvery by the TNPL should not affect the combined drinking water schemes. The officials also agreed to scale down the production. Sources added that the situation was likely to continue till the opening of Mettur dam for irrigation. It would depend upon the southwest monsoon and release of water to Tamil Nadu by Karnataka. 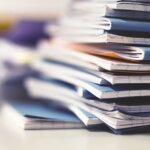 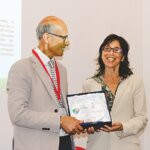 Not Just Paper: Beverage Cartons Can Also Be Used To Make Dispensers!