The company has diversified into production of biodegradable and eco-friendly tableware range to promote use of environment friendly products in the food industry.

Yash Papers has also announced the introduction of its new range of tableware (use and throw plates and bowels for restaurants and containers for home delivery of food) made from sugarcane waste, Bagasse. The new range is branded as Chuk.

The company has invested Rs. 60 Cr. to set up its new biodegradable plant in Faizabad, UP, and have a production capacity of 10 lakh units per day. Further, the company has plans to double the capacity every year for the next three years.

The company reported consolidated revenue of Rs. 183 Cr. on 2016-17 and is aiming to generate 50 percent of the revenue from the new biodegradable segment in the next three years. Yash Papers has developed modular cost effective containers to reduce the food industry’s dependency on plastic. Yash’s range is priced between Rs 1 to Rs 7 which is actually cheaper than plastic. 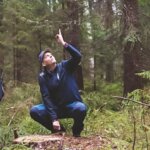 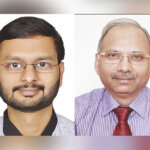