In the course of ZELLCHEMING-Expo 2011, 236 exhibitors from 19 countries presented their products and services over 7,800 square metres of exhibition floor space.

Due to the ongoing difficult economic situation in some areas of the industry, a moderate decline of around 6 percent was posted both in attendance by exhibitors and in floor space booked. With a share of 36 percent it was possible to match the previous year’s level of foreign visitors.

2,715 professionals visited the event over the three days. This represents a drop of about 14 percent compared with 2010. The share of foreign visitors continues to remain steady at over 24%.

Once again, current issues and topics concerning future perspectives were addressed in the programme of lectures and formed the subject of intense discussions. The traditional ZELLCHEMING summer evening function as well as the VDMA evening and the Finnish reception rounded off the event.

Overall, ZELLCHEMING-Expo 2011 was characterised by an optimistic mood among exhibitors and visitors alike. The event thus illustrated its important role in the pulp and paper industry once again.

ZELLCHEMING-Expo, as a key annual event in the pulp and paper industry in Europe, will now not be brought forward after all to the last week in May 2012 due to the closeness to Whitsun, but will take place again next year in Wiesbaden from 26 to 28 June 2012. 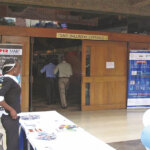 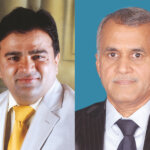