Two Sides North America, Inc. confirmed that over 65 leading North American companies have removed inaccurate anti-paper claims as a result of the group’s efforts. The list includes several Fortune 100 companies in the financial, telecom and utilities sectors who have engaged in a dialogue with Two Sides and modified their marketing messages to consider the social and environmental benefits of print and paper, as well as the life cycle of sustainable forests and paper products.

“The ‘go green and save trees’ claims are misleading and false for many reasons, and they are a form of greenwashing that needs to be corrected,” said Phil Riebel, President of Two Sides North America, Inc. “The claims don’t consider the renewability of paper, or the numerous social, environmental, and economic benefits of well-managed North American forests, which in the U.S. have grown by 58% in wood volume over the past 60 years.”

As part of its campaign, Two Sides also notes that it is false to associate paper with deforestation in North America. Deforestation is defined by the UN Food and Agriculture Organization as the conversion of forests to another land use or a permanent loss of forest cover. The UN definition specifically excludes sustainably managed forests where the forest is expected to regenerate naturally or via tree planting.

Consumers are not buying environmental claims used to promote digital, according to new research commissioned by Two Sides. A June 2016 survey conducted by Toluna showed that 85% of respondents believe companies making negative green claims about paper are seeking to save costs. An overwhelming majority of 88% of respondents believe it is environmentally friendly to produce products such as wood for construction and paper for printing, as long as resources are responsibly managed. An even higher percentage (91%) agreed that, when responsibly produced, used and recycled, print and paper can be sustainable ways to communicate.

Two Sides is urging companies to avoid greenwashing consumers by using best marketing practices that meet guidelines established by the U.S. Federal Trade Commission (FTC) and the Competition Bureau of Canada. Environmental claims cannot be vague and unsubstantiated. They must be specific, verifiable and based on credible facts. “Our experience to date is that many companies are so focused on saving money that they have ignored the environmental and social impacts of switching from paper to e-media—and these impacts are far from negligible,” said Riebel.

PAPCEL Signs Contract with Its Strategic Partner from India 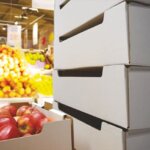