Bahrain to Get a New Tissue Machine - Papermart
FacebookTwitterLinkedinYoutubeEmailWhatsapp

Voith Paper has received an order for the first turn-key tissue production line in Bahrain. The order comes from a joint venture formed by Olayan Group and Kimberly-Clark Corporation. The new Bahrain TM 2 will be located in Isa Town, close to the capital of Manama. Olayan, one of the largest industrial groups in Saudi Arabia, and North America-based Kimberly-Clark, the biggest tissue producer worldwide, have been working together for decades. The TM 2 will be their second joint venture tissue machine located in Bahrain. With the new machine they intend to consolidate their position in the market. 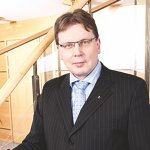