For the proposed mill, about 100 acres of land will be acquired. Bank Note Paper Mill India has a plant in Mysuru city in Karnataka, with a total capacity of 12,000 metric tonne per annum (MTPA).

Mr. S Thalikerappa, Managing Director, BNPM India, apprised Chief Minister of Odisha Naveen Patnaik of the project, the Chief Minister’s Office said in an official statement. The Chief Minister assured the company officials of the support in this regard from the state government.

A delegation of RBI has already visited the Balasore district to assess the situation at the ground level for the possible establishment of the paper mill at Padabadagaon village, which is situated on the outskirts of Balasore.

About 100 acres of land will be acquired to set up the mill. BNPM India is engaged in the production of bank note papers and has its plant in Mysuru city in Karnataka, with a total capacity of 12,000 metric tonne per annum (MTPA). 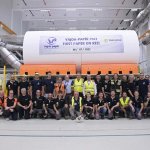 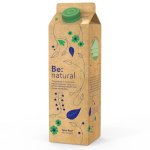