Indian paper manufacturers have urged the government to levy customs duty on various paper products to prevent their dumping from China, ASEAN and South Korea to protect domestic mills from closure.

As reported in a leading daily, the seven-week nationwide lockdown has halted production, distribution, and sales of all marketable commodities and paper is no exception. The lockdown was introduced during the peak demand season for the paper industry, when students appear for examinations. During this period, there is a spurt in the demand for writing and printing paper and other items of stationery.

“With factories remaining shut during the lockdown period and demand of writing and printing paper increasing continuously, we fear an increase in Chinese dumping. The government should take measures to restrict possible increase in import from China,” said A S Mehta, President, Indian Paper Manufacturers Association (IPMA).

India’s overall import of paper and paperboard (barring newsprint) rose bt as much as 16 per cent to 1.28 million tonnes between April and December 2019, from 1.1 million tonnes for the corresponding period the previous year. Of the total imports, China sold 240,000 tonnes during April-December 2019 as against 199,000 tonnes in the same period the previous year. The share of ASEAN and South Korea also increased significantly to 276,300 and 91,700 tonnes for the period between April and December 2019, from 201,500 tonnes and 78,100 tonnes, respectively, in the comparable year-ago period.

Apart from paper mills, kraft paper makers also suffered a lot due to the lockdown, with estimated demurrage and detention charges on import of paper waste (raw material) of Rs 1,000 crore.

“The nationwide lockdown has brought all courier, transportation and other activities to a standstill. Therefore, the government must exempt demurrage and detention charges for the survival of kraft paper manufacturers. Collection of goods and services tax (GST) should be deferred for a year and interest-free working capital loans must be provided to be repaid in 120 installments for survival of the industry,” said Sunil Agarwal, President, Gujarat Paper Mills Association (GPMA).

The lockdown has forced factories to remain shut, resulting in lower production. With the off-take being proportionately lower, the unsold inventory has been maintained at lower levels accordingly. The receivables are stuck for the quantity sold before the lockdown began as distributors’ money got stuck with wholesalers and thereafter retailers.

Because of closure of factories and steady fixed costs, margins of paper mills are likely to remain under pressure during the first quarter of the financial year 2020-21. But, future would depend upon how long this lockdown continues, said Mehta.

“Online courses are temporary respite for education seekers. On opening up of school and colleges, written examinations are bound to be conducted. Also books are required for physical education in classrooms. Therefore, demand of writing and printing paper is unlikely to decline on sustained basis. The sessions free grammar checker for the academic year 2010-21 is set to start in June and hence, demand of printing and writing paper would rebound by then,” Mehta added. 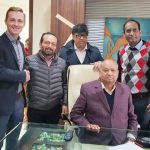 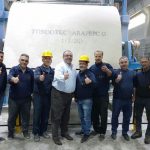