Increased import of paper and paperboard is severely impacting the economic viability of many paper mills especially small and medium paper mills in India. According to Central Pulp & Paper Research Institute (CPPRI) data, out of 861 paper mills in the country, only 497 are currently operational.

Large imports of paper and paperboard continues unabated. In the first half of current fiscal, paper imports have gone up by a steep 30%. In the same period, the imports from China and ASEAN went up by whopping 40% and 75% respectively; reveals the new data released by Directorate General of Commercial Intelligence & Statistics (DGCI&S).

In a communication to the Ministry of Commerce & Industry, Indian Paper Manufacturers Association (IPMA) has asked for urgent imposition of measures, including hike in the basic customs duty, and also review of India’s Free Trade Agreements (FTAs) that have extended preferential tariff treatment to import of paper and paperboard at significantly lower costs to the disadvantage of domestic industry.

According to IPMA, under the India-ASEAN FTA and India-Korea CEPA, basic customs duty on paper and paperboard has been progressively reduced over the years, and currently stands at 0%. Further, under the Asia Pacific Trade Agreement (APTA), India has also extended import tariff concessions to China (and other countries) and reduced the basic customs duty from the existing 10% to 7% on most grades of paper.

“India imported paper and paperboard to the tune of INR 5,000 crores during the first six months of current fiscal while domestic industry has invested heavily and has more than adequate capacity to meet the demand. Domestic investments will not be meaningful if imports are allowed at nil rates”, said Mr. A S Mehta, President IPMA.

“India is arguably the fastest growing paper market in the world. Unfortunately, growth in demand is being met increasingly by imports, with under-utilization of existing domestic manufacturing capacity”, added Mr. Mehta.

Rohit Pandit, Secretary General IPMA states that “Paper industry, especially wood based paper manufacturers, is supporting about 5 lakh farmers who are engaged in agro forestry and supply raw material to the paper mills. Cheaper imports are not only hurting the interests of domestic manufacturing, but a large number of farmers too who supplement their incomes by engaging in agro forestry.” He further added “Paper Industry welcomes the recent announcement of the decision to initiate the review of the ASEAN-India Trade in Goods Agreement (AITIGA) and the decision of the Indian Government to not sign RCEP in its present form.”

According to IPMA, as a consequence to global trade tensions, the Indian Pulp & Paper Industry has become very vulnerable to dumping of large quantities of paper and paperboard into the Indian market. Leading the pack are manufacturers in Indonesia and China who enjoy substantial amount of export incentives and other advantages like access to cheap raw material and inputs.

The conventional markets for China and Indonesia have been the USA and EU. In both these markets, anti-dumping/anti-subsidy tariffs have been imposed on import of paper / paperboard from China and Indonesia. There is significant excess capacity of paper and paperboard in these countries. Taking advantage of the low import duty rates, these countries find India as an attractive outlet for diverting their excess inventory. 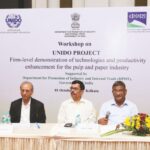 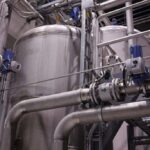 Metso to Display Smart and Reliable Valve Solutions at Paperex 2019