As in the past, this year’s inter- national Paperworld trade fair was the annual highlight for the sector. 1,890 exhibitors from 71 countries presented their latest products and innovations in the field of paper, office supplies and stationery. The interest shown by international visitors was enormous with 51,038 visitors from all over the world making their way to Frankfurt for the fair from 29 January to 1 February 2011. The number of German visitors rose to 19,450 compared to 18,422 in 2010. Additionally, the number of international visitors rose to 31,588 from 27,099 in 2010.

Given the positive atmosphere at the fair, the large proportion of managers among buyers (74 percent) and the numerous new contacts, 76 percent of exhibitors said they were satisfied to extremely satisfied with Paperworld 2011. A gentle upswing was also noticeable in the greetings-card sector.

Sustainability the main theme in 2011

The subject of sustainability was omnipresent at Paperworld 2011. This began with the various products in the paper section where particular importance is attached to the FSC or other seals of certification, a process that is being forced along by European manufacturers in particular. Striking new products in this direction include, for example, the first adhesive tape made using a fully recycled backing material. The tape dispensers are, of course, also made of recycled plastic while the packing consists largely of recycled cardboard. Climate-neutral stamps and labels were also launched at the fair. Toner cartridges also come in ‘Ecoversions’. Projectors equipped with newly developed lamps, which offer a significantly longer service life, also belong in this setting. As do file shredders with a vacuum device designed to reduce particulate emissions in offices. The ‘Asia Design Excellence’ special show put the spotlight on high-grade designer products from Asia while ‘Memotion’ gave visitors the chance to train their mental fitness. 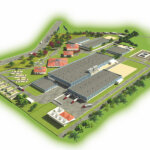 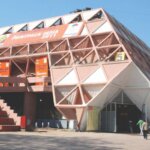