The USD 310 million-takeover by Pelangi Prestasi Sdn Bhd entails the transfer of all SFI assets, land titles and timber licenses and is made possible by strong support of the Sabah state government.

May 7, 2018
A RM1.2 billion (USD 310 million) takeover has saved the jobs of about 1,500 workers at ailing India-owned pulp and paper mill Sabah Forest Industries Sdn Bhd. The takeover by Pelangi Prestasi Sdn Bhd entails the transfer of all SFI assets, land titles and timber licences and is made possible by strong support of the Sabah state government. The takeover was announced by the Sabah Chief Minister Tan Sri Musa Aman. The Sabah government has been proactive in resolving the issue by looking for suitable investors to take over SFI, which was owned by India-based Ballarpur Industries Ltd.
Last year, Ballarpur was in talks with a Chinese firm to sell its Malaysia forest arm in a USD 350-million transaction but the deal did not push through. In 2016, the company also announced that it was selling Sabah Forest to Pandawa Sakti for an enterprise value of USD 500 million. The deal, however, was later scrapped because the buyer failed to meet the deadline for the transaction.
SFI is one of Malaysia’s largest timber growers and wood processors. It reportedly manages a forest estate totaling 288,000 hectares, pulp and paper manufacturing facilities, and an integrated timber complex consisting of a saw mill and a veneer and plywood factory. Ballarpur acquired Sabah Forest in 2007, marking the first overseas acquisition by an Indian paper company.
The takeover is targeted to be completed by end of this year. Pelangi Prestasi has deposited 10 percent, or about USD 31 million, of the consideration in cash following the signing of the SPA. Upon completion of the takeover, the new owner plans to restart SFI’s pulp and paper mill operations. 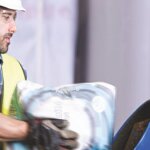