Have you been wondering how to become more eco-friendly of late? Well, out of the 2.01 billion tonnes of solid waste generated by us, at least one-third ends up in open dumps and 10 percent even in our oceans. Imagine the ecological impact that we can have by just switching to eco-friendly practices such as recycling our waste and using compostable products. But are such approaches effective? And, are they becoming pocket-friendly?

Although there are signs of it happening, there is no short answer to the question. Yes, cost and efficiency are making their way in but the real key lies in waste management. It depends on how well the materials in circulation are managed.

For instance, oil has been one of the key components of the industrial age. Not only does it fuel movement, but it’s also a part of almost everything we can touch or see today, including gadgets & gizmos, toys, clothing material, building material, labeling and signage, food packaging, rockets, roads, and pretty much everything else. So, oil and its derivatives have become the axis on which products and even services revolve. However, this poses a serious challenge. Firstly, oil is a finite resource and experts predict that reserves will run dry in a few decades. Furthermore, it is also a major contributor to global carbon emissions.

When we get down to brass tacks, it’s a fact that the economy functions on a balance between supply and demand. The price of anything is based on available alternatives. Hence, as oil reserves deplete, their price will rise and the economy will only be able to subsidize and increase deficit levels for a certain period. Oil is the perfect example of why we should tap eco-friendly and renewable resources (for energy and otherwise) more. We fail to use natural resources to their true potential, especially when we carelessly dispose of them instead of recycling them responsibly.

There is now a need to avoid such mistakes with waste and its management. To get a clear picture, we need to understand that life is based on the principles of circularity. And, as the saying goes, “one person’s garbage is another one’s treasure,” nature demonstrates this to us when we look closely. There is no such thing as ‘waste’. All waste can be material for another cycle of life to begin. Thus, channeling this waste can lead to a positive impact on economies.

In this regard, let’s look at some ways in which we can turn waste into a boon for the country:

Sewage must be converted to energy

All sewage contains a massive source of methane that could be used to generate energy. It can be turned into an alternative for fuel and also help eliminate reliance on coal. However, the entire mechanism would need to be privatized and follow a structure to ensure that it gives out maximum value. There even needs to be an economic incentive that ensures the sewage systems are efficiently running.

All agricultural residues must have a value addition

It’s highly unfortunate that so much valuable material goes to waste during activities such as crop production. Most of this material is cellulose that can be upcycled and turned into a wide range of products. It can be used to make packaging equipment, pharmaceutical additives, and function as the base input for other products. The energy stored in this material can also be utilized via gasification or combustion. Agri products are packed with composites and therefore should not be ignored for the sheer use cases.

Garbage needs segregation at the source

It has been a common practice to randomly dispose of waste. Typically, we throw away the waste, municipal personnel collect it, and it ends up in massive landfills that create irreversible damage. But do we know that most materials can be recycled and kitchen waste can be turned into compost?

Yes, it’s possible. Moreover, it is also important to segregate the waste at the source as it becomes virtually impossible to do it at a later stage, making the entire pile of waste unusable, making it an environmental nightmare. An example to follow would be Sweden. Due to their top-notch waste management system, the percentage of waste that ends up in landfills is so minimal that the country ran out of garbage to use at their thermal plants and ended up importing garbage for the same.

With waste offering so much value, we need to exert transformation. Industries will have to ensure zero waste from their sites. This can be done when we realize that, in many cases, waste offers more potential than the core business itself.

The sheer amount of volatile chemicals used in industries is unfathomable. Whether it’s mining, agriculture, or anything else, chemical waste from these industries cannot be channeled. Therefore, the alternative is to adopt ‘green chemistry’. This is the use of effective but environmentally friendly chemicals. For starters, they can use water as a solvent and enable a process that is gentle, leaving no harmful waste.

In conclusion, we always have a choice. We can either be reactive or proactive. But it’s crucial to note that proactivity leads to economic benefit while the latter will have us playing catch-up. 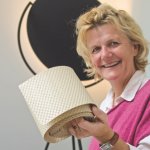 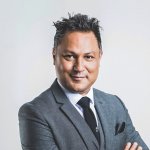